Charles Lloyd (born March 15, 1938 in Memphis, Tennessee) is an American jazz musician. Though he primarily plays tenor saxophone and flute, he has occasionally recorded on other reed instruments, including alto saxophone and the Hungarian tárogató. 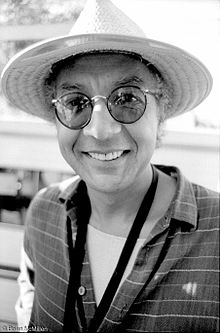 Charles Lloyd grew up in Memphis and was exposed to blues, gospel and jazz. He is of African, Cherokee, Mongolian, and Irish ancestry. He was given his first saxophone at the age of 9 and was riveted by 1940s radio broadcasts by Charlie Parker, Coleman Hawkins, Lester Young, Billie Holidayand Duke Ellington. His early teachers included pianist Phineas Newborn, Jr. and saxophonist Irvin Reason. His closest childhood friend was trumpeter Booker Little. As a teenager Lloyd played jazz with saxophone