This colorful telescopic field of view features a trio of interacting galaxies almost 90 million light-years away, toward the constellation Virgo. On the right two spiky, foreground Milky Way stars echo the extragalactic hues, a reminder that stars in our own galaxy are like those in distant island universes. With sweeping spiral arms and obscuring dust lanes, the dominant member of the trio, NGC 5566, is enormous, about 150,000 light-years across. Just above it lies smaller, bluish NGC 5569. Near center a third galaxy, NGC 5560, is apparently stretched and distorted by its interaction with massive NGC 5566. The trio is also included in Halton Arp’s 1966 Atlas of Peculiar Galaxies as Arp 286. Of course, such cosmic interactions are now appreciated as part of the evolution of galaxies. 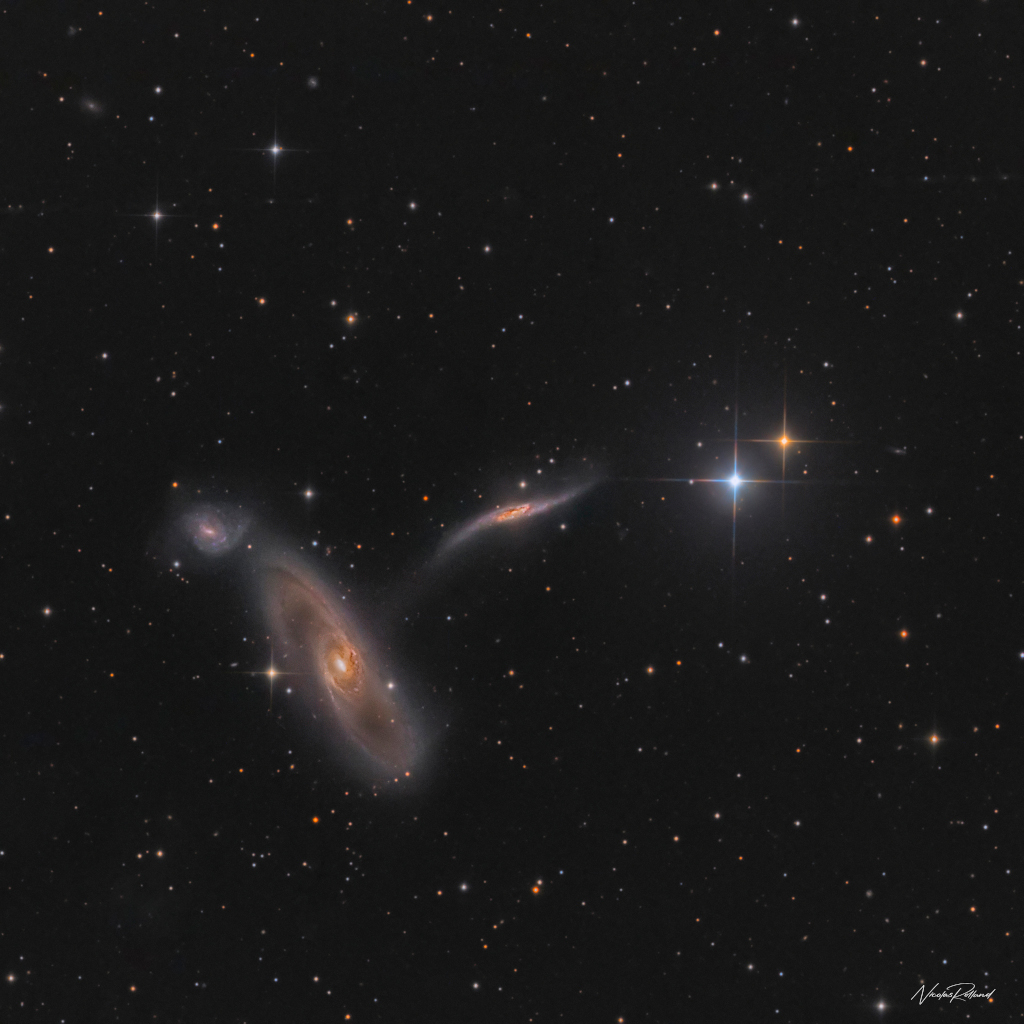