This luminescent image features multiple galaxies, perhaps most noticeably LEDA 58109, the lone galaxy in the upper right. LEDA 58109 is flanked by two further galactic objects to its lower left — an active galactic nucleus (AGN) called SDSS J162558.14+435746.4 that partially obscures the galaxy SDSS J162557.25+435743.5, which appears to poke out to the right behind the AGN.  Galaxy classification is sometimes presented as something of a dichotomy: spiral and elliptical. However, the diversity of galaxies in this image alone highlights the complex web of galaxy classifications that exist, including galaxies that house extremely luminous AGNs at their cores, and galaxies whose shapes defy the classification of either spiral or elliptical.  The sample of galaxies here also illustrates the wide variety of names that galaxies have: some relatively short, like LEDA 58109, and some very long and challenging to remember, such as the two galaxies to the left. This is due to the variety of cataloguing systems that chart the celestial objects in the night sky. No one catalogue is exhaustive, and they cover overlapping regions of the sky, so that many galaxies belong to several different catalogues. For example, the galaxy on the right is LEDA 58109 in the LEDA galaxy database, but is also known as MCG+07-34-030 in the MCG galaxy catalogue, and SDSS J162551.50+435747.5 in the SDSS galaxy catalogue — the same catalogue that also lists the two galaxies to the left. 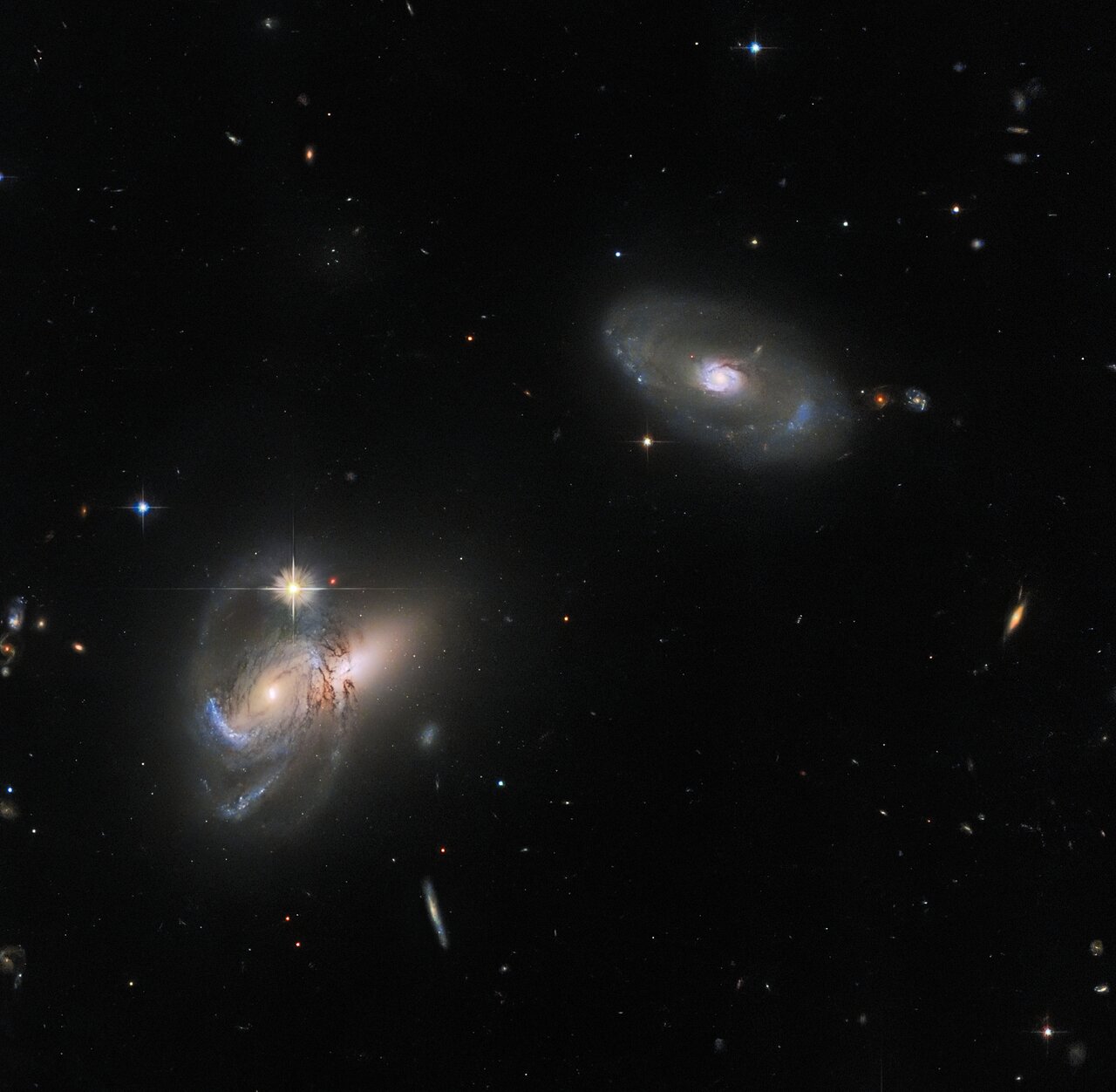