Messier 109 (also known as NGC 3992) is a barred spiral galaxy located approximately 83.5 ± 24 million light-years away in the constellation Ursa Major.
This galaxy is by far the most distant object in the Messier Catalog and one of the faintest, and it is the brightest member of a group of roughly 80 galaxies known as the Ursa Major Galaxy Cluster.

M109 is exhibiting a weak inner ring structure around the central bar and astronomers believe its structure may be influenced by interactions with three satellite galaxies. 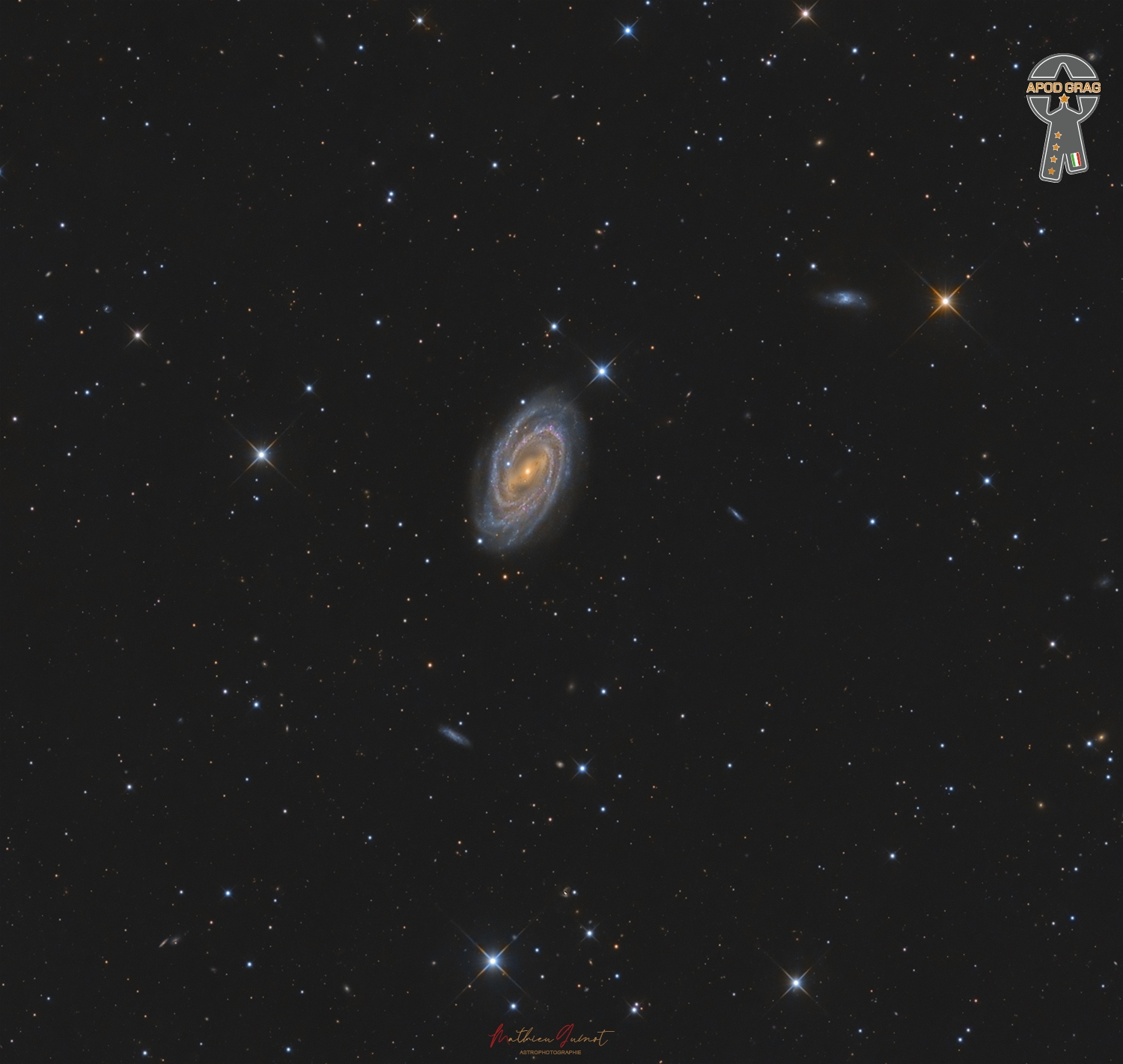