Messier 63 or M63, also known as NGC 5055 or the seldom-used Sunflower Galaxy, is a spiral galaxy in the northern constellation of Canes Venatici with approximately 400 billion stars. M63 was first discovered by the French astronomer Pierre Méchain, then later verified by his colleague Charles Messier on June 14, 1779. The galaxy became listed as object 63 in the Messier Catalogue. In the mid-19th century, Anglo-Irish astronomer Lord Rosse identified spiral structures within the galaxy, making this one of the first galaxies in which such structure was identified.

The shape or morphology of this galaxy has a classification of SAbc, indicating a spiral form with no central bar feature (SA) and moderate to loosely wound arms (bc). There is a general lack of large-scale continuous spiral structure in visible light, so it is considered a flocculent galaxy. However, when observed in the near infrared, a symmetric, two-arm structure is seen. Each arm wraps 150° around the galaxy and extends out to 13,000 light-years (4,000 parsecs) from the nucleus. 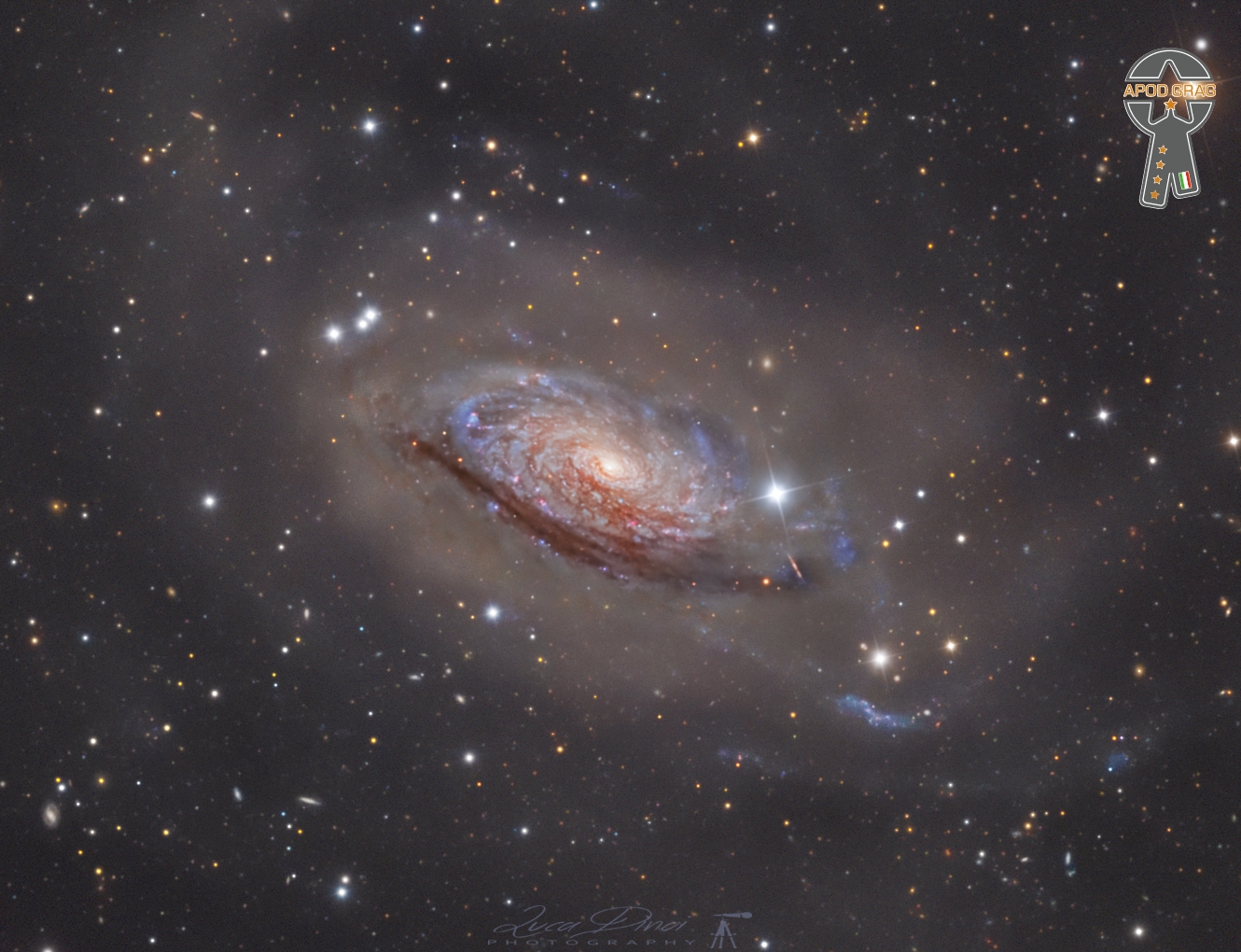