With this creative astro-collaboration you can follow the plane of our Milky Way Galaxy as it bridges northern and southern hemisphere skies. To construct the expansive composite nightscape, skies over Observatorio El Sauce in Chile (top) were imaged on the same date but 6 hours later than the skies over the Saint-Veran observatory in the French Alps. The 6 hour time-lag allowed Earth’s rotation to align the Milky Way above domes at the two sites. All exposures were made with similar cameras and lenses mounted on simple tripods. A faint greenish airglow is visible in the dark Chilean sky that also features the Large and Small Magellanic Clouds near the observatory dome. In the French Alps light pollution is apparent, but the distant Andromeda Galaxy can still be spotted near the horizon in the northern night. On planet Earth the two observatories are separated by about 10,000 kilometers. 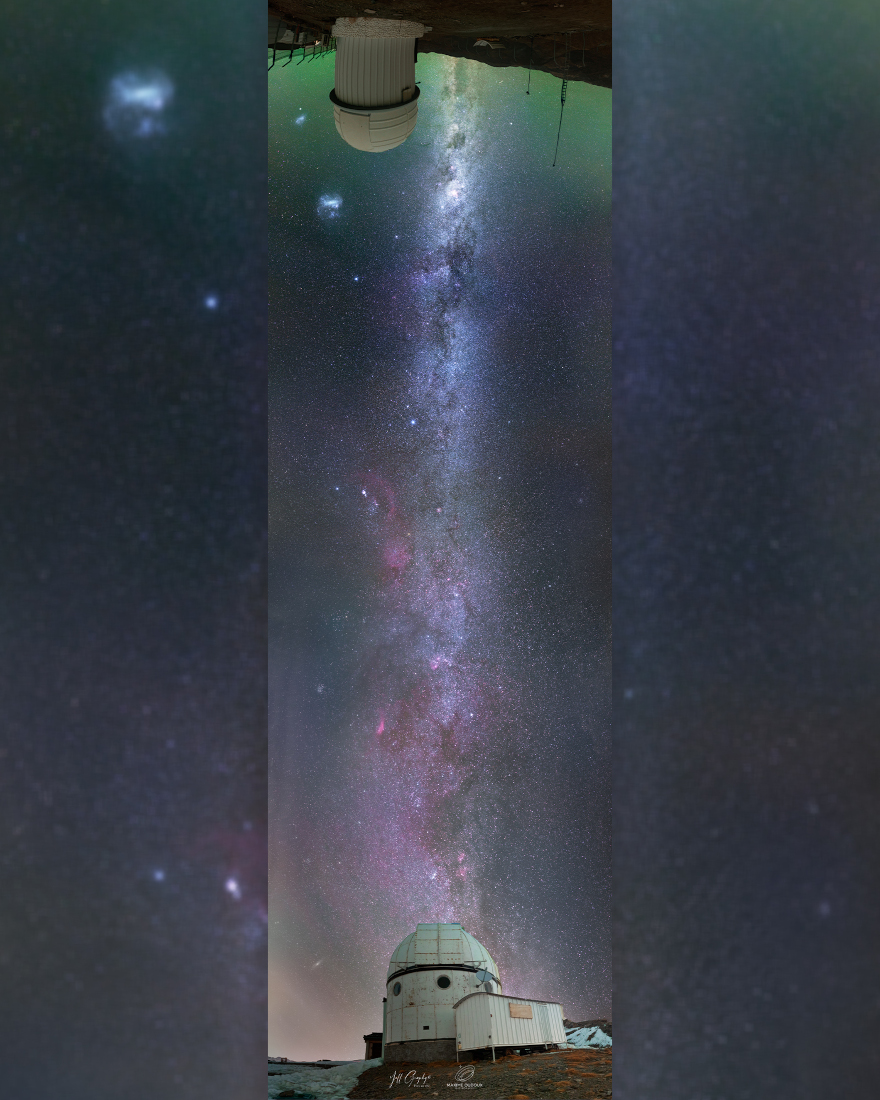