The spiral arms of the galaxy NGC 3318 are lazily draped across this image from the NASA/ESA Hubble Space Telescope. This spiral galaxy lies in the constellation Vela and is roughly 115 light-years away from Earth. Vela was originally part of a far larger constellation, known as Argo Navis after the fabled ship Argo from Greek mythology, but this unwieldy constellation proved to be impractically large. Argo Navis was split into three separate parts called Carnina, Puppis, and Vela — each named after part of the Argo. As befits a galaxy in a nautically inspired constellation, the outer edges of NGC 3318 almost resemble a ship’s sails billowing in a gentle breeze. Despite its placid appearance, NGC 3318 has played host to a spectacularly violent astronomical phenomenon, a titanic supernova first detected by an amateur astronomer in 2000. Thanks to NGC 3318’s distance from Earth, the original supernova must have taken place in or around 1885. Coincidentally, this was the year in which the only supernova ever to be detected in our neighbouring galaxy Andromeda was witnessed by 19th-century astronomers. 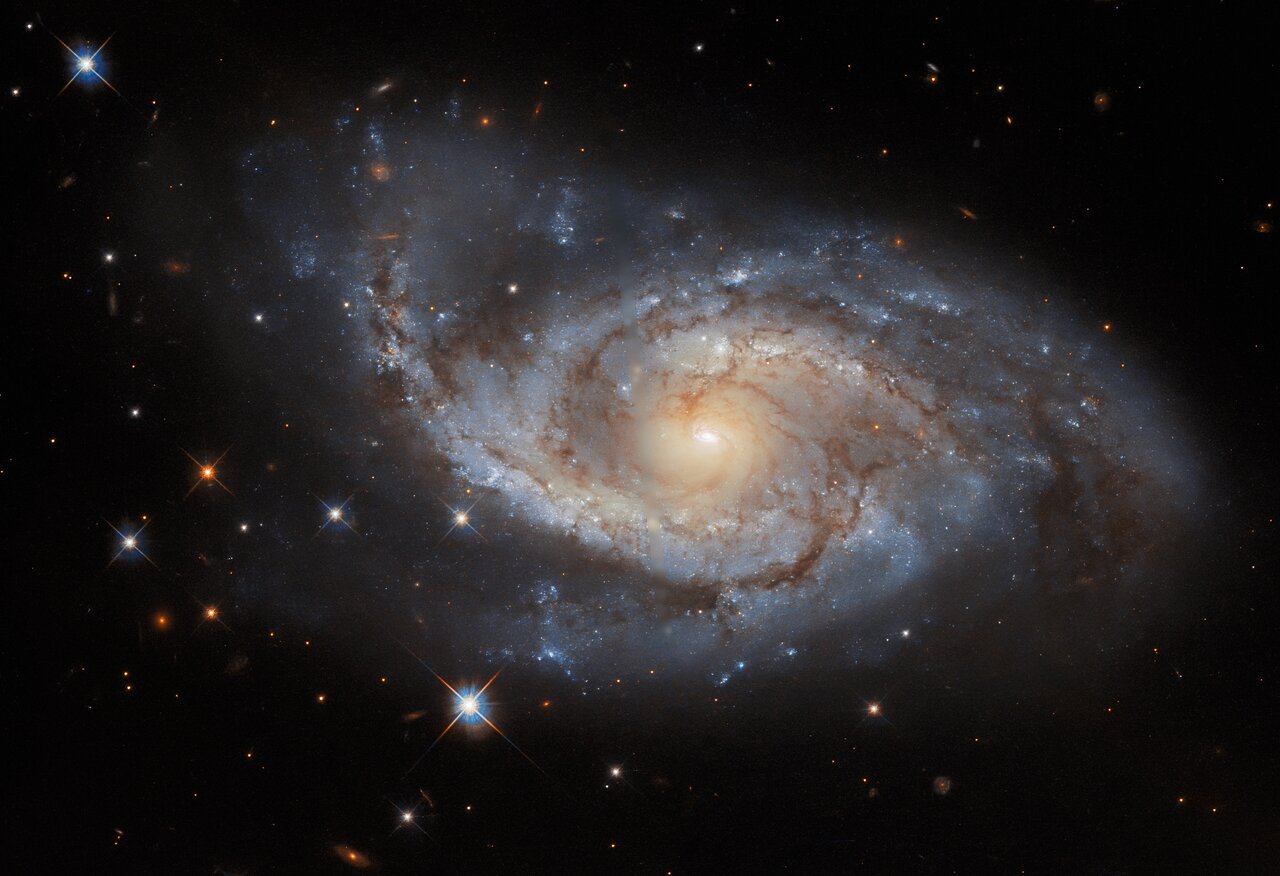