The nebula NGC 7822 located in the constellation of Cepheus, is a star formation complex, with an alpha hydrogen emission nebula Sharpless 171 and a young cluster of stars called Berkeley 59. It is at a distance of 3,000 light years, having stars no more a few million years old.

At the edge of the giant molecular cloud in the northern constellation Cepheus, the glowing star nursery lies some 3,000 light-years away.

The atomic emissions are fueled by energetic radiation from hot stars, whose powerful winds and radiation also sculpt and erode the pillar’s dense shapes.

Stars could still be formed within the pillars by gravitational collapse, but as the pillars erode, any star forming will eventually be shelled from their pool of stellar material. 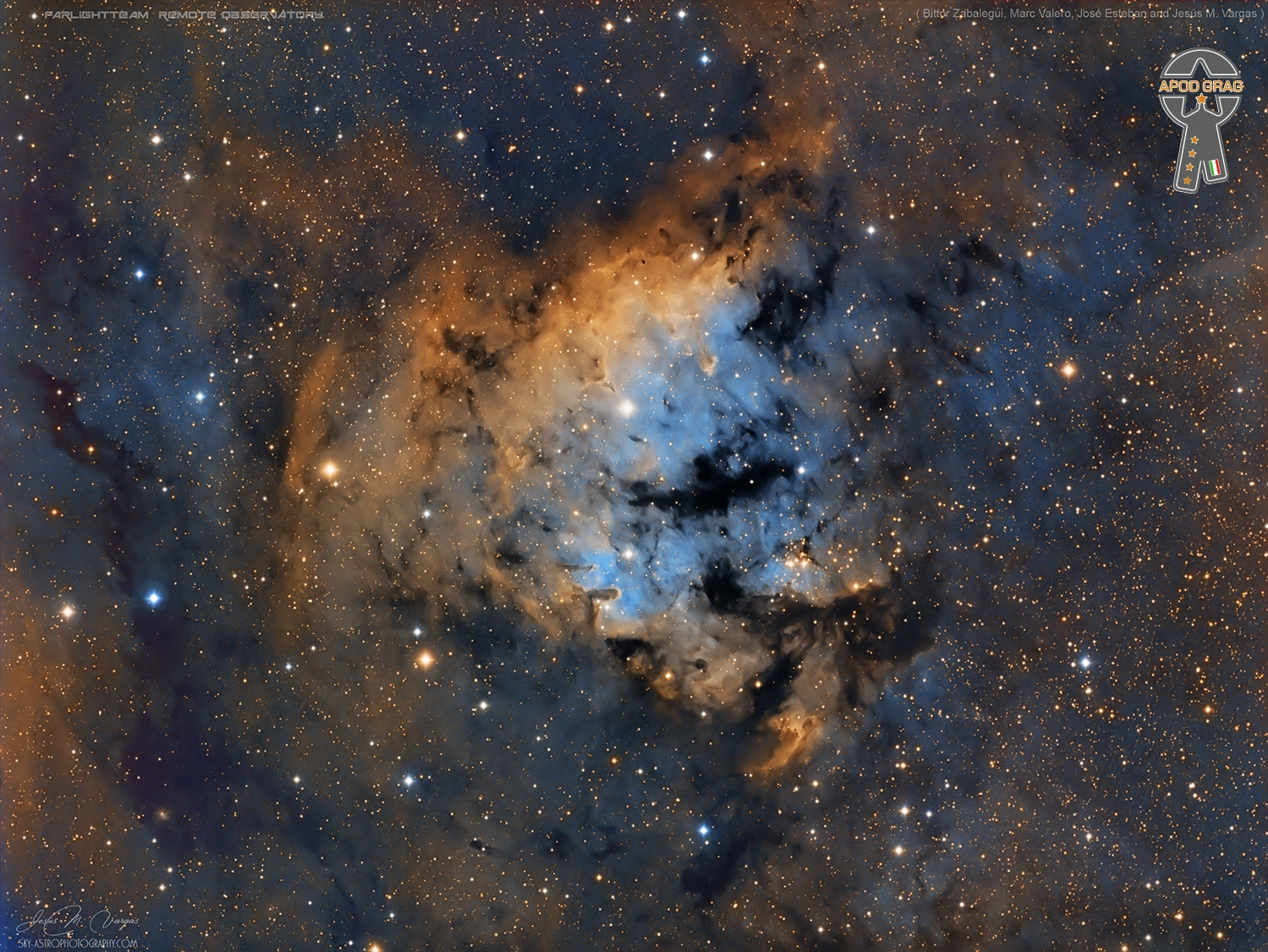