JWST views the Universe, are able to penetrate dust, which gives us a view into regions impossible to see in shorter wavelengths, such as the visible spectrum.

Scientists have, therefore, been very excited to use the telescope to study star formation and learn new details about the process that have heretofore been difficult to see. The new image focuses on a structure called the Orion Bar, running diagonally from the top left to the bottom right. Light from a cluster of young, hot stars called the Trapezium cluster illuminates the scene from the top right corner; this harsh, ionizing ultraviolet light is slowly eroding the bar away.

This is one of the processes involved in what astronomers call feedback – when wind or radiation from a stellar object pushes material away, reducing or quenching star formation. They also produce complex shapes and structures in a molecular cloud, including filaments and cavities, both of which have been captured in the new image.

Other objects in the image include globules (dense clumps of material with baby stars inside) and a young growing star with a disk of material around it. That disk is being evaporated from the outside by the radiation from the Trapezium stars. Nearly 180 of these objects, called proplyds, have been found in the Orion nebula.

The brightest star you see in the image is called θ2 Orionis A, and it’s one member of a multiple-star system next to the Trapezium Cluster, which is also known as θ1 Orionis. Interestingly, θ2 Orionis A is also, in itself, a triple-star system.

Although it appears very bright in the JWST image, θ2 Orionis A can only be seen by the naked eye from Earth in regions not significantly affected by light pollution. Nevertheless, it’s very hot, over 100,000 times more intrinsically bright than the Sun. 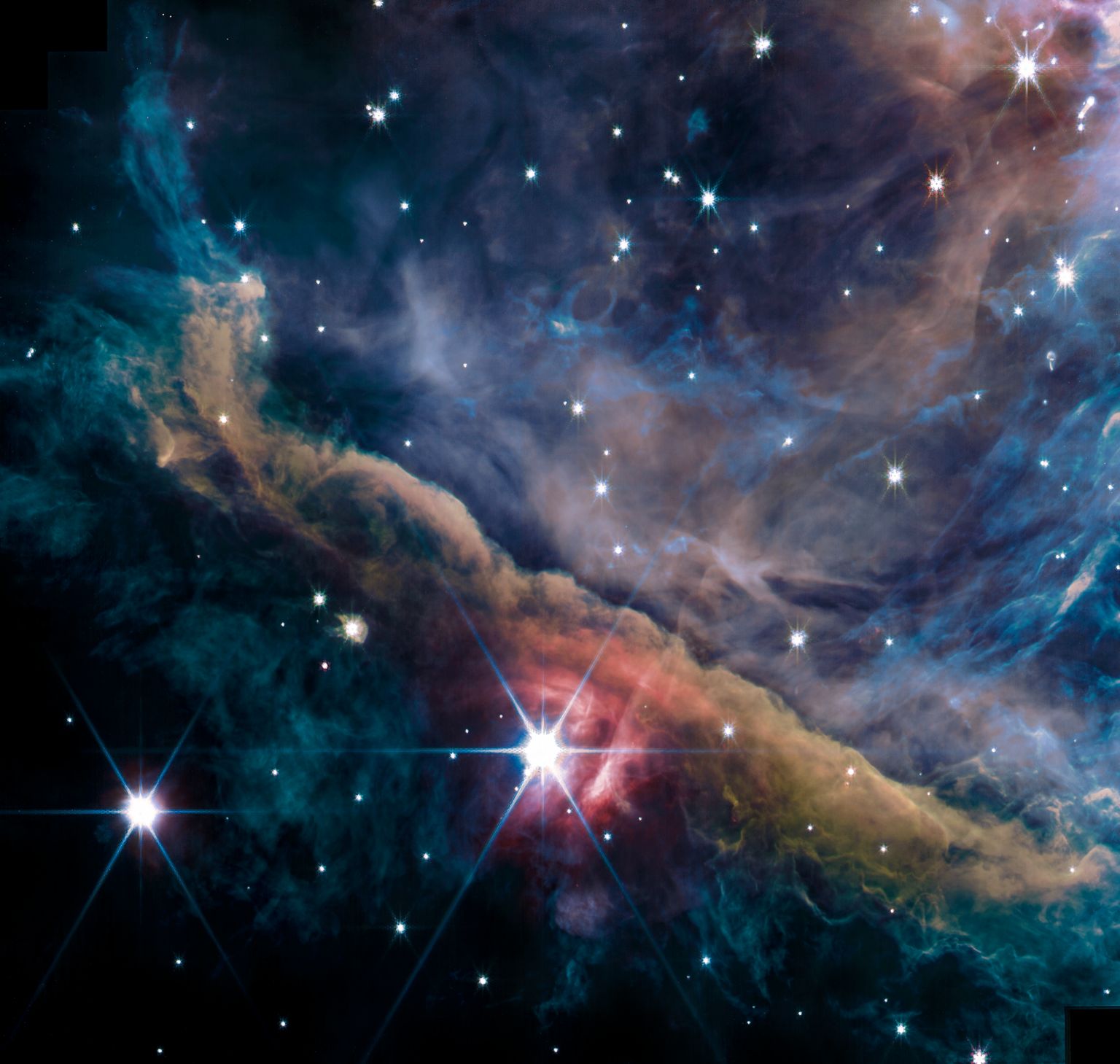