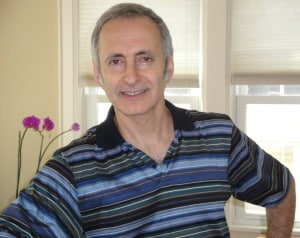 The consummate professional and quintessential performing artist David Jordan Harris is most notably known as a vocalist. However, David’s career encompasses many of his passions: singing, acting, dancing, writing plays, archival research and composing. Emanating a high degree of confidence and congeniality, David has inspiring motivational skills. He is currently the executive director of Rimon: The Minnesota Jewish Arts Council.

David resides in Homewood, a stunning historical Northside area platted in 1908, that was a Jewish enclave from the 1920s through the 1960s. David also resided on the Northside near North High School from 1986-1988, later relocating to WEWA, a co-op housing collective in Minneapolis. David elaborates “The co-op housing community supports art as a living.” And I will add, often other professions regard art as an inadequate or secondary occupation.

Originally from Canton, Ohio David began his musical tutelage at the wee age of five, studying violin and piano. His mother, Joan Harris, was an incredible inspiration. A Juilliard School of Music graduate, his mom was a concert violinist until contracting MS in her early 30s. By age 10 David began singing with a choir and doing soloist work. By high school David already sang with the Cleveland Orchestra Choir and had toured Europe with the Case Western Reserve University Glee Club.

Later in college, David earned a degree in what he calls “civilazational studies” from the University of Chicago. “This gave me a cultural awareness,” David states. His studies combined anthropology and philosophy. And this in turn eventually led to his provocative journey into Sephardic (Spanish Jewish) music.

Arriving in the Twin Cities in 1976 David launched a life-long career due to the cities’ affordability and thriving performing arts environment. Five days after his arrival David was already working with the Bach Society of Minnesota. This became his platform into the community. He studied with Oksana Bryn who took David by surprise by insisting he had a natural cantorial voice reminiscent of the 1920s. David was also co-director for seven years for the all-original experimental vocal ensemble “Listen.” Summers he flew back to Ohio to study at the Oberlin Conservatory and Baroque Performing Institute (BPI). His local performances continued with the notable Lyra Baroque Orchestra, the St. Paul Chamber Orchestra and the legendary Ethel Merman.

David’s extensive background culminated in one of his most ambitious works, the 1986 creation of “Voices of Sepharad” a theatrical, dance and music ensemble expressing the culture of the Spanish Jews and Diaspora. This in turn, inspired by Rabbi Bernard Raskas, led David to his music director position at Shir Tikvah Reform Congregation for 21 years.

David’s additional talents are impressive. David’s playwright skills manifested with Bridge of Stone performed by the Illusion Theater; he acted with the Minnesota Shakespeare Theater; his dance endeavors covered work with Beth Corning, Judith Brin Ingber and Susana Di Palma; and he concurrently ran a successful catering business for 23 years.

David elaborates, “At this point in my life I am interested in bringing artists in the center of community life. Artists have so much to offer the community and how they express themselves. I believe in music building community.”

Share this post
← Jamie Carter: Music is a Reflection of LifeHomewood Studios: You Do Not Have to Leave the Community to Find Great Art →