Merl Saunders (February 14, 1934 – October 24, 2008) was an American multi-genre musician who played piano and keyboards, favoring the Hammond B-3 console organ.

Born in San Mateo, California, Saunders attended Polytechnic High School in San Francisco. In his first band in high school was singer Johnny Mathis. He served in the Air Force from 1953 to 1957. He worked as musical director of the Billy Williams Revue and served in a similar capacity in Oscar Brown Jr.‘s off-Broadway show, Big Time Buck White.

World Music with the Saltwater Band

World Music with the Saltwater Band

from Elcho Island off the coast of North East Arnhem Land, Australia.

Daily Roots with the Twinkle Brothers

Daily Roots with the Twinkle Brothers 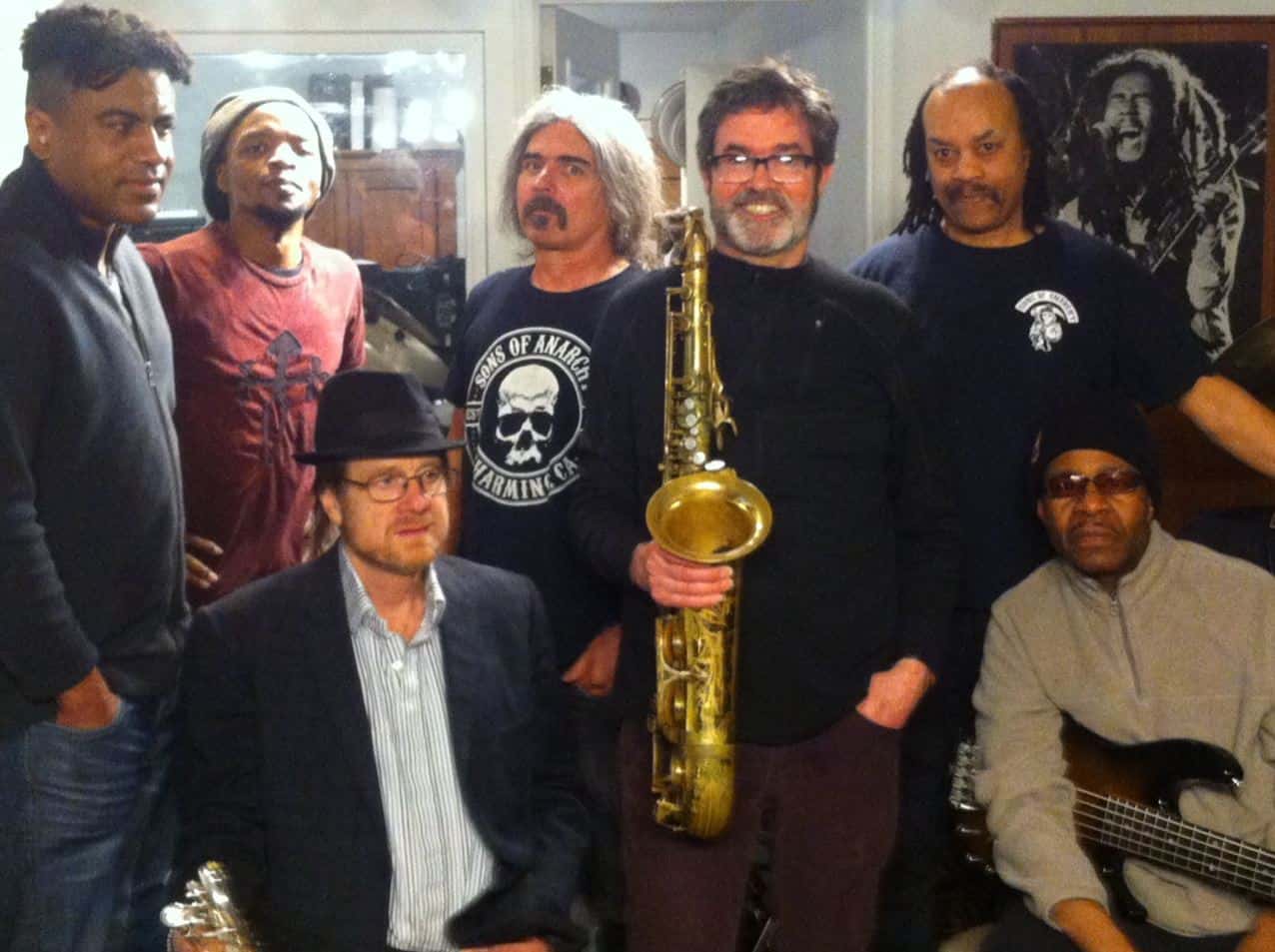 NGC 2903 is a field barred spiral galaxy about 30 million light-years away in the constellation Leo. It was discovered by William Herschelwho cataloged it on November 16, 1784. NGC 2905 is a bright star cloud within this galaxy. 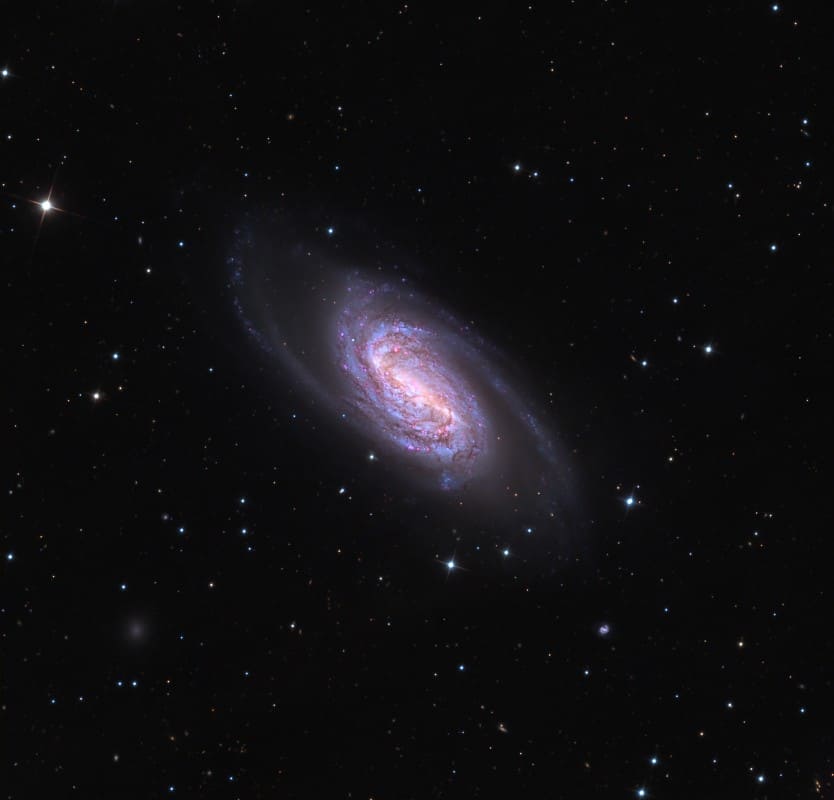 NGC 2903 has a very high speed of creating new stars in the central region.

Peter Brian Gabriel (born 13 February 1950) is an English singer-songwriter, record producer and humanitarian who rose to fame as the original lead singer and flautist of the progressive rock band Genesis. After leaving Genesis in 1975, Gabriel launched a successful solo career with “Solsbury Hill” as his first single. His 1986 album, So, is his best-selling release and is certified triple platinum in the UK and five times platinum in the U.S. The album’s most successful single, “Sledgehammer“, won a record nine MTV Awards at the 1987 MTV Video Music Awards.

Gabriel has been a champion of world music for much of his career. He co-founded the WOMAD festival in 1982. He has continued to focus on producing and promoting world music through his Real World Records label. He has also pioneered digital distribution methods for music, co-founding OD2, one of the first online music download services. Gabriel has also been involved in numerous humanitarian efforts. In 1980, he released the anti-apartheid single “Biko“. He has participated in several human rights benefit concerts, including Amnesty International‘s Human Rights Now! tour in 1988, and co-founded the Witness human rights organisation in 1992. Gabriel developed The Elders with Richard Branson, which was launched by Nelson Mandela in 2007.

Wardell Gray was born in Oklahoma City, the youngest of four children. His early childhood years were spent in Oklahoma, before moving with his family to Detroit in 1929.

In early 1935, Gray began attending Northeastern High School, and then transferred to Cass Technical High School, which is noted for having Donald Byrd, Lucky Thompson and Al McKibbon as alumni. He left in 1936, before graduating. Advised by his brother-in-law Junior Warren, as a teenager he started on the clarinet,[1] but after hearing Lester Young on record with Count Basie, he was inspired to switch to the tenor saxophone.

World Music with the Desperadoes

World Music with the Desperadoes

At Panorama before Carnival in Trinidad 2018

NGC 3344 is a relatively isolated barred spiral galaxy located 22.5 million light years away in the constellation Leo Minor. This galaxy belongs to the group known as the Leo spur, which is a branch of the Virgo Supercluster. NGC 3344 has the morphological classification(R)SAB(r)bc,which indicates it is a weakly barred spiral galaxy that exhibits rings and moderate to loosely wound spiral arms. There is both an inner and outer ring, with the prominent arms radiating outward from the inner ring and the slightly elliptical bar being situated inside. At the center of the bar is an HII nucleus with an angular diameter of about 3″. 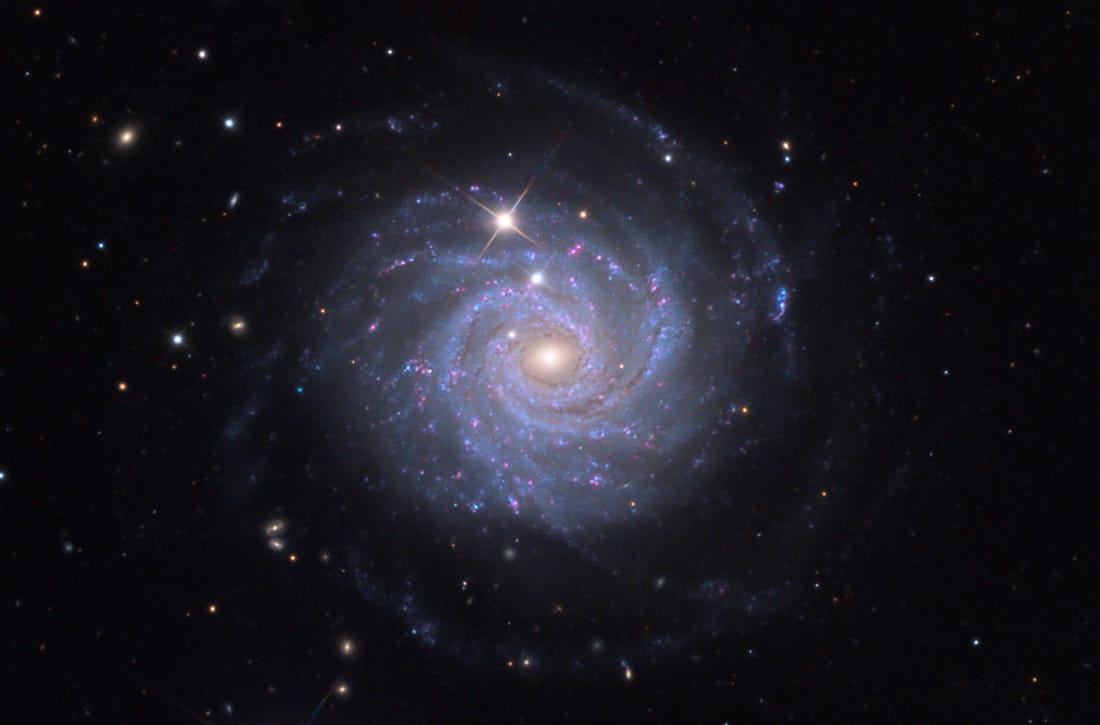 Laswell has been involved in hundreds of recordings with many collaborators from all over the world. Laswell’s music draws upon many different genres, most notably funk, various world music, jazz, dub and ambient styles. He has also played or produced music from the noisier, more aggressive end of the rock spectrum, such as hardcore punk and metal.

According to music critic Chris Brazier, “Laswell’s pet concept is ‘collision music’ which involves bringing together musicians from wildly divergent but complementary spheres and seeing what comes out.”[1] The credo of one record label run by Laswell, and which typifies much of his work, is “Nothing Is True, Everything Is Permitted.” Though projects arranged by Laswell may be credited under the same name and often feature the same roster of musicians, the styles and themes explored on different albums can vary dramatically: Material began as a noisy dance music project, but subsequent releases have been centered on hip hop, jazz, or backing spoken word readings by beat generation icon William S. Burroughs. Similarly, most versions of Praxis have featured guitarist Buckethead, but have explored different permutations with each new album.

Though some artists have chafed against Laswell’s distinctive recording and production style (most noticeably some of his for-hire production gigs including Motörhead, Swans and White Zombie) many other collaborations, such as with pianist Herbie Hancock and singer Iggy Pop have been lengthier and recurring.

Mel Powell (born Melvin Epstein) (February 12, 1923 – April 24, 1998) was a Pulitzer Prize-winning American composer, and the founding dean of the music department at the California Institute of the Arts. He served as a music educator for over 40 years, first at Mannes College of Music and Queens College, then Yale University, and finally at CalArts. During his early career he worked as a jazz pianist.

Anderson was born in Laurens, South Carolina, and raised in nearby Greenville and Spartanburg. He joined Dr. William R. Kerr of the Indian Remedy Company in 1914 to entertain the crowds while Kerr tried to sell a concoction purported to have medicinal qualities. He also toured with Leo “Chief Thundercloud” Kahdot and his medicine show, often with the harmonica player Arthur “Peg Leg Sam” Jackson, who was based in Jonesville, South Carolina.

Daily Roots with the Wailing Souls

Daily Roots with the Wailing Souls

The Cosmos with RS Puppis

RS Puppis (or RS Pup) is a Cepheid variable star in the constellation of Puppis. It is one of the brightest known Cepheids in the Milky Way galaxyand has one of the longest periods for this class of star, of 41.4[8] days.

Because it is located in a large nebula, astronomers using the ESO‘s New Technology Telescope at La Silla Observatory, Chile have been able to measure its distance in 2013 by strictly geometric analysis of light echoes from particles in the nebula, determining it to be 6500 ± 90 light years from Earth, the most accurate measurement achieved for any Cepheid as of early 2008. The accuracy of the new measurement is important because Cepheids serve as a marker for distances within the Milky Way galaxy and for nearby galaxies. 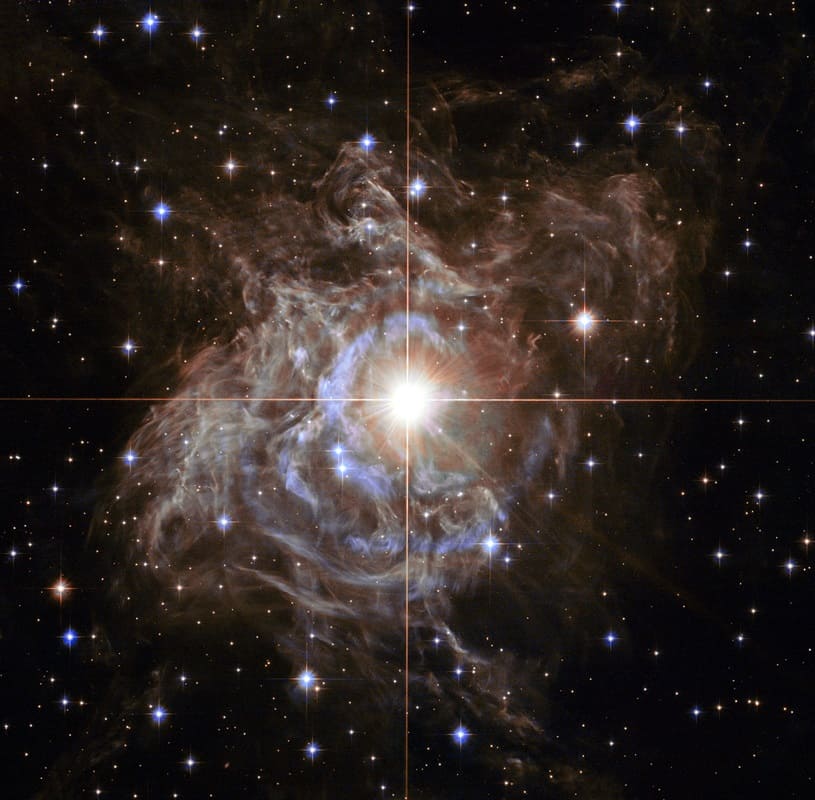 Didier Lockwood (born 11 February 1956 in Calais) is a French jazz violinist. He played in the progressive rock/jazz fusion band Magma in the 1970s and is known for his use of electric amplification and experimentation on different sounds on the electric violin.

In 1979, he released his first album as a leader, New World, and has recorded more than 20 albums of his own since then.

In 1994, Lockwood moved to New York City for 2 years. During that time he recorded 2 albums “New York Rendez Vous” and “Storyboard

Lockwood’s influences include fusion violinist Jean-Luc Ponty. He took up the electric violin after hearing Ponty play on the album King Kong: Jean-Luc Ponty Plays the Music of Frank Zappa. Another important influence was fellow Frenchman Stéphane Grappelli. In 2000, Lockwood recorded a tribute album to Grappelli

Born in Gregory, Arkansas, United States, he is frequently confused with his contemporary and near namesake Johnnie Taylor, especially since the latter made a cover version of the song that Little Johnny Taylor was most famous for, “Part Time Love” (1963), and the fact that both men began their careers as gospel singers.

Little Johnny Taylor moved to Los Angeles in 1950, and sang with the Mighty Clouds of Joy before moving into secular music. Influenced by Little Willie John, he first recorded as an R&B artist for the Swingin’ record label.

White grew up in the South during the 1920s and 1930s. He became a prominent race records artist, with a prolific output of recordings in genres including Piedmont blues, country blues, gospel music, and social protest songs. In 1931, White moved to New York, and within a decade his fame had spread widely. His repertoire expanded to include urban blues, jazz, traditional folk songs, and political protest songs, and he was in demand as an actor on radio, Broadway, and film.

However, White’s anti-segregationist and international human rights political stance presented in many of his recordings and in his speeches at rallies were subsequently used by McCarthyites as a pretext for labeling him a communist to slander and harass him. From 1947 through the mid-1960s, White was caught up in the anti-communist Red Scare, and as a consequence his career was damaged. However White’s musical style would go on to influence several generations of musical artists.