Starting out in Chicago, Perkins began his professional career with Ahmad Jamal in 1956–57. He recorded for Argo Records in 1957 as a leader under the name MJT+3 with Paul Serrano (de) on trumpet, Nicky Hill on tenor sax, Muhal Richard Abrams on piano, and Bob Cranshaw on bass. In 1959, he regrouped under the same name with Willie Thomas on trumpet, Frank Strozier on alto sax, Harold Mabern on piano, and Cranshaw on bass; they recorded for Vee-Jay in 1959 and 1960 and played in Chicago until 1962, when he moved to New York City.

Webb was born in Baltimore, Maryland, to William H. and Marie Webb. From childhood, he suffered from tuberculosis of the spine, leaving him with short stature and a badly deformed spine; which caused him to appear hunchbacked.The idea of playing an instrument was suggested by his doctor to “loosen up” his bones. He supported himself as a newspaper boy to save enough money to buy drums, and first played professionally at age 11. Webb had three sisters: Bessie, Mabel and Ethel. Mabel married Wilbur Porter around 1928.

Pic from original big band in 1989 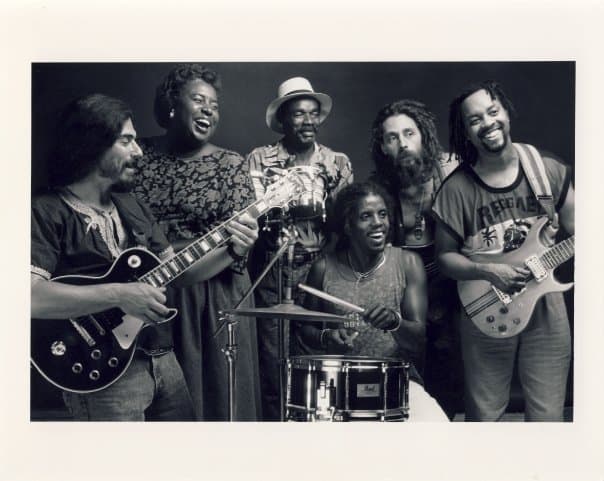 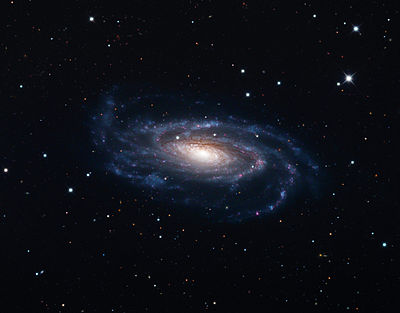 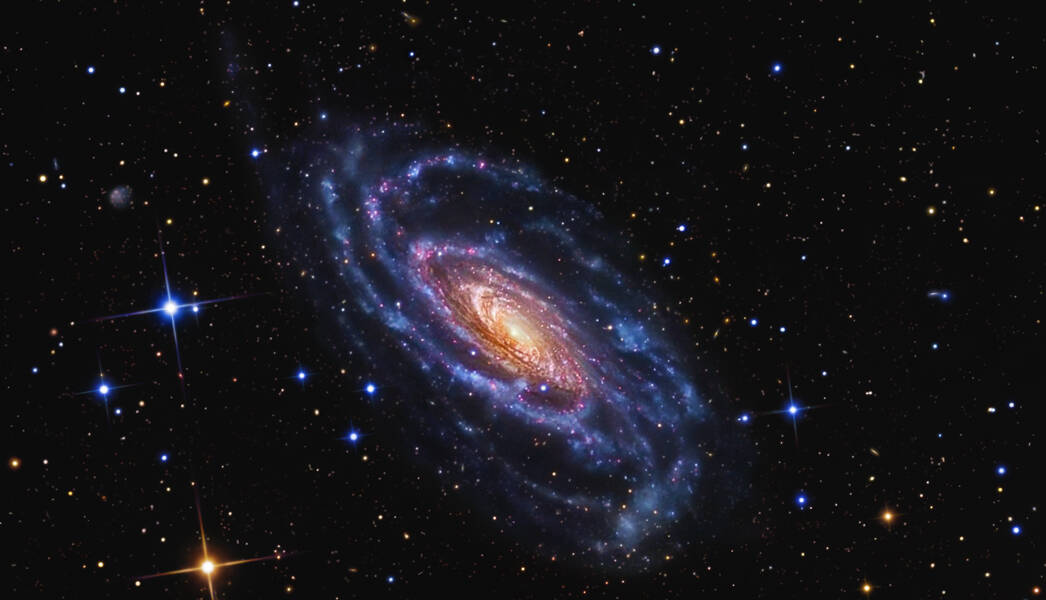 Carole King (born Carol Joan Klein, February 9, 1942 Manhattan, NY) is an American composer and singer-songwriter. She is the most successful female songwriter of the latter half of the 20th century in the USA, having written or co-written 118 pop hits on the Billboard Hot 100 between 1955 and 1999. King also wrote 61 hits that charted in the UK, making her the most successful female songwriter on the UK singles charts between 1952 and 2005.

King’s career began in the 1960s when she and her first husband, Gerry Goffin, wrote more than two dozen chart hits for numerous artists, many of which have become standards. She has continued writing for other artists since then. King’s success as a performer in her own right did not come until the 1970s, when she sang her own songs, accompanying herself on the piano, in a series of albums and concerts. After experiencing commercial disappointment with her debut album Writer, King scored her breakthrough with the album Tapestry, which topped the U.S. album chart for 15 weeks in 1971 and remained on the charts for more than six years.

Herbert Lee “Peanuts” Holland (February 9, 1910 – February 7, 1979) was an American jazz trumpeter best known for his contributions in swing jazz. He was born in Norfolk, Virginia and died in Stockholm, Sweden.

Holland learned to play trumpet at the Jenkins Orphanage. He played and recorded with Alphonse Trent‘s band between 1928 and 1933, and played with Al Sears (1932), the Jeter-Pillars Orchestra, Willie Bryant, Jimmie Lunceford, and Lil Armstrong‘s band (1935–36). He also occasionally led his own band.

Walter Sylvester Page (February 9, 1900 – December 20, 1957) was an American jazz multi-instrumentalist and bandleader, best known for his groundbreaking work as a double bass player with Walter Page’s Blue Devils and the Count Basie Orchestra.

Page was born in Gallatin, Missouri on February 9, 1900 to parents Edward and Blanche Page.

Farruca (Spanish pronunciation: [faˈruka]) is a form of flamenco music. It is a light form typical of cante chico, and is traditionally danced only by men. It is said to have been invented in the 19th century by guitarist Ramón Montoya and flamenco dancer Faíco; others who stylized and expanded farruca included Antonio de Bilbao. Ramirez, Manolito la Rosa, El Batato and Rafaela Valverde, and La Tanguera. Other sources indicate that Farruca originated in Galicia, a region in northern Spain.

Although there are female flamenco dancers who exclusively danced farruca too (such as Rafaela Valverde also known as La Tanguera), these female dancers originally danced the farruca wearing male clothing. Women dancers such as Carmen Amaya and Sara Baras have also created well-known versions of the dance.

The farruca is commonly played in the key of A minor.

NGC 6118 is a grand design spiral galaxy located 83 million light-years away in the constellation Serpens (the Snake). It measures roughly 110,000 light-years across; about the same as our own galaxy, the Milky Way. Its shape is classified as “SA(s)cd,” meaning that it is unbarred and has several rather loosely wound spiral arms. The large numbers of bright bluish knots are active star-forming regions where some very luminous and young stars can be perceived.

NGC 6118 is difficult to see with a small telescope. Amateur astronomers have nicknamed it the “Blinking Galaxy”, as it has a tendency to flick in and out of view with different eye positions. 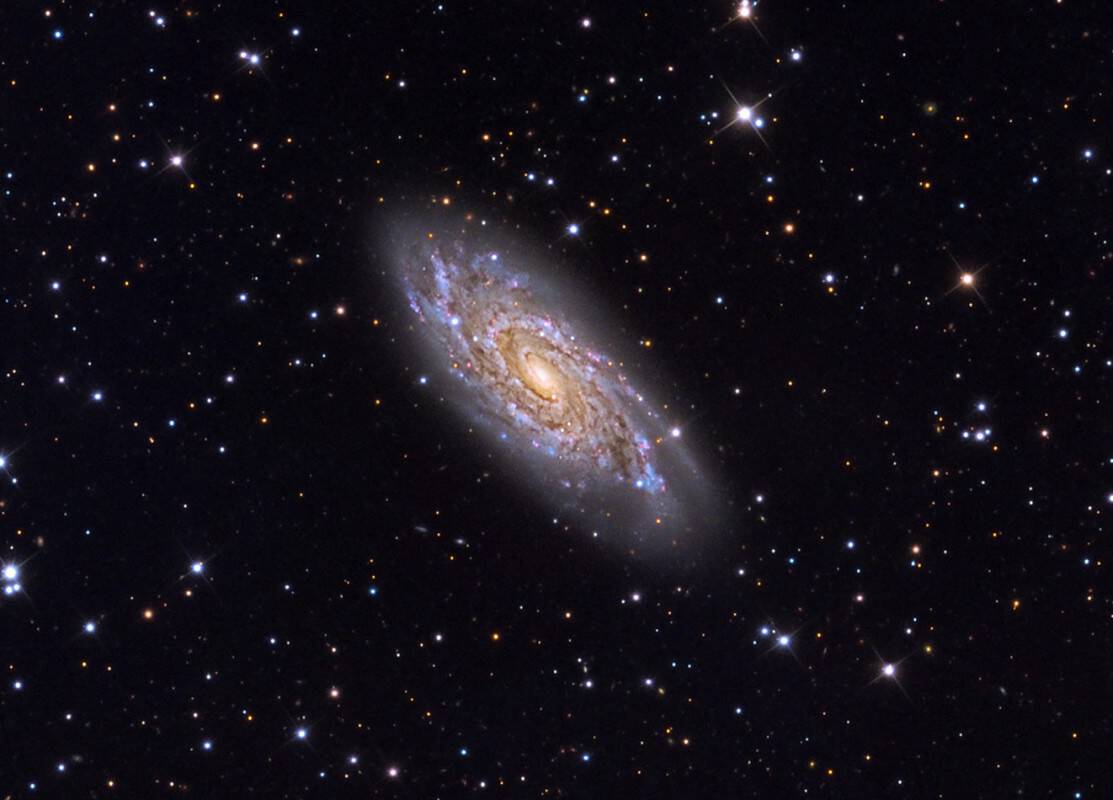 Dixon was born in Marshall, Texas. Some sources give his birth name as Jay Riggins, Jr., although he himself stated that Floyd Dixon was his real name and that his parents were Velma and Ford Dixon.Growing up, he was influenced by blues, gospel, jazz and country music. His family moved to Los Angeles, California, in 1942. There Dixon met Charles Brown, who had an influence on his music.

The self-dubbed “Mr. Magnificent”, Dixon signed a recording contract with Modern Records in 1949, specializing in jump blues and sexualized songs like “Red Cherries”, “Wine Wine Wine”, “Too Much Jelly Roll” and “Baby Let’s Go Down to the Woods”. Both “Dallas Blues” and “Mississippi Blues”, credited to the Floyd Dixon Trio, reached the Billboard R&B chart in 1949, as did “Sad Journey Blues”, issued byPeacock Records in 1950.

Eddie Locke was a part of the fertile and vibrant Detroit jazz scene during the 1940s and 1950s, which brought forth many great musicians including the Jones brothers (Hank, Thad, and Elvin), Kenny Burrell, Lucky Thompson, Tommy Flanagan, Barry Harris, and so many others. He eventually formed a variety act with drummer Oliver Jackson called Bop & Locke which played the Apollo Theater. He moved to New York City in 1954, and worked there with Dick Wellstood, Tony Parenti, Red Allen, Willie “The Lion” Smith, and Teddy Wilson amongst others. During this time he came under the tutelage of the great Jo Jones, and eventually became known as a driving and swinging drummer who kept solid time and supported the soloist. During the late 1950s he formed two of his most fruitful musical relationships, one with Roy Eldridge, and the other with Coleman Hawkins. His recording debut came with Eldridge in 1959 on “On The Town”. He later became a member of the Coleman Hawkins Quartet in the 1960s along with pianist Tommy Flanagan and bassist Major Holley. That group made many fine records including the exquisite album “Today and Now”, in 1963. Throughout the 1970s, he played with Roy Eldridge at Jimmy Ryan’s in Manhattan, and wound out his career freelancing, as well as teaching youngsters at the Trevor Day School on Manhattan’s upper west side.

Alonzo “Lonnie” Johnson (February 8, 1899 – June 16, 1970) was an American blues and jazz singer, guitarist, violinist and songwriter. He was a pioneer ofjazz guitar and jazz violin and is recognized as the first to play an electrically amplified violin.

Johnson was born in New Orleans, Louisiana, and raised in a family of musicians. He studied violin, piano and guitar as a child and learned to play various other instruments, including the mandolin, but he concentrated on the guitar throughout his professional career. “There was music all around us,” he recalled, “and in my family you’d better play something, even if you just banged on a tin can.”

Big, beautiful spiral galaxy NGC 7331 is often touted as an analog to our own Milky Way. About 50 million light-years distant in the northern constellation Pegasus, NGC 7331 was recognized early on as a spiral nebula and is actually one of the brighter galaxies not included in Charles Messier’s famous 18th century catalog. Since the galaxy’s disk is inclined to our line-of-sight, long telescopic exposures often result in an image that evokes a strong sense of depth. In this Hubble Space Telescope close-up, the galaxy’s magnificent spiral arms feature dark obscuring dust lanes, bright bluish clusters of massive young stars, and the telltale reddish glow of active star forming regions. The bright yellowish central regions harbor populations of older, cooler stars. Like the Milky Way, a supermassive black hole lies at the core of of spiral galaxy NGC 7331. 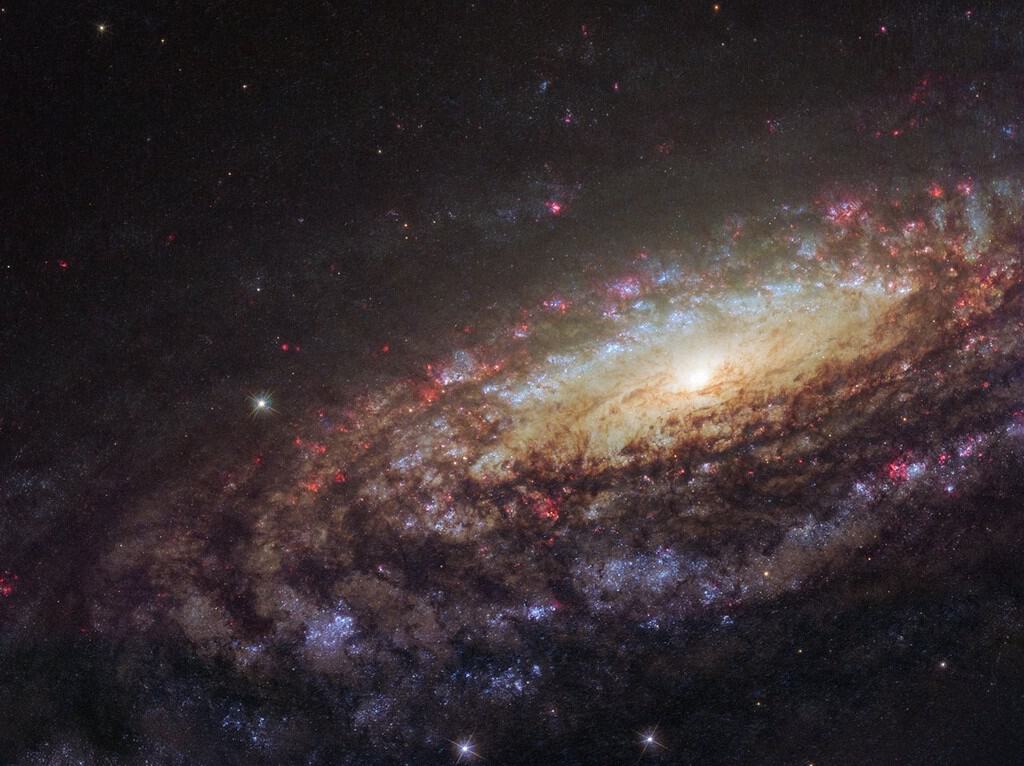 This NASA/ESA Hubble Space Telescope image shows a spiral galaxy known as NGC 7331. First spotted by the prolific galaxy hunter William Herschel in 1784, NGC 7331 is located about 45 million light-years away in the constellation of Pegasus (The Winged Horse). Facing us partially edge-on, the galaxy showcases it’s beautiful arms which swirl like a whirlpool around its bright central region. Astronomers took this image using Hubble’s Wide Field Camera 3 (WFC3), as they were observing an extraordinary exploding star — a supernova — which can still be faintly seen as a tiny red dot near the galaxy’s central yellow core. Named SN2014C, it rapidly evolved from a supernova containing very little Hydrogen to one that is Hydrogen-rich — in just one year. This rarely observed metamorphosis was luminous at high energies and provides unique insight into the poorly understood final phases of massive stars. NGC 7331 is similar in size, shape, and mass to the Milky Way. It also has a comparable star formation rate, hosts a similar number of stars, has a central supermassive black hole and comparable spiral arms. The primary difference between our galaxies is that NGC 7331 is an unbarred spiral galaxy — it lacks a “bar” of stars, gas and dust cutting through its nucleus, as we see in the Milky Way. Its central bulge also displays a quirky and unusual rotation pattern, spinning in the opposite direction to the galactic disc itself. By studying similar galaxies we hold a scientific mirror up to our own, allowing us to build a better understanding of our galactic environment which we cannot always observe, and of galactic behaviour and evolution as a whole.