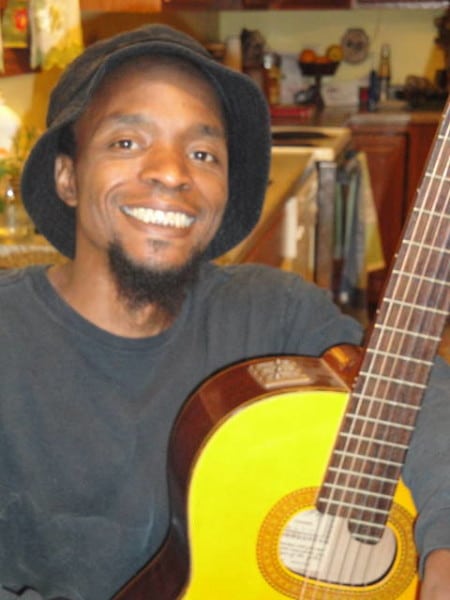 Emanating a gentle, sensitive and kind demeanor Jamie Carter has a dedicated career as both a guitarist and music educator (although his second love is baseball). Jamie also worked in the MBL league and played locally for many years as a second baseman. Jamie and his wife Bridgette (a percussionist) have owned a home in Camden for five years.

Originally from Martinsburg, West Virginia (one hour from D.C. and Baltimore) Jamie obtained his first guitar at age seven. He continued his music education throughout grammar school and high school. His ambitious efforts eventually led to a teaching position for his senior high school class. He also studied at Shenandoah Conservatory, currently known as Shenandoah University in Winchester, Virginia.

In 1990 Jamie pursued his advancement in music by studying in Minneapolis, attending Music Tech (known now as McNally Smith College of Music in St. Paul) for two years. He had contemplated Berklee School of Music in Boston and Musicians Institute in Los Angles but decided Music Tech was more affordable. In 1994 he started teaching at Walker West Music Academy in St. Paul. Walker West became a confluence of opportunities for Jamie culminating in several performance ensembles emerging including Corporate Image with Lee Gatlin on bass, Box of Soul with Patrick Wilson on drums and Bob Manning on vocals, and the Beau Koo Jacks with Paul Lagos on drums and JD (John Sykes) on bass.

Similar to many guitarists, one of Jamie’s favorite guitar mentors was Jimi Hendrix. But after experiencing an inspirational concert of the great jazz guitar legend Charlie Byrd, Jamie acquired a new appreciation and perspective for the guitar. Jamie was overwhelmed by Byrd’s expertise and beautifully accomplished musicality all performed with the subtle tones of a nylon-stringed guitar (classical).

As an educator Jamie has worked with a number of after-school programs for kids such as the MusicApolis Education series sponsored by the Schubert Club and hosted by the Sebathany Center in South Minneapolis. This was a two-year program. Jamie also put guitar ensembles together from Walker West to perform at the University of Minnesota. Jamie insists, “Teaching promotes involvement and keeps me busy.”

Jamie loves music and teaching. Jamie expresses, “All answers are listening to music. Music is a reflection of life. Anything you can see, hear or say are reflected in music and even on a deep level.”