This image from the NASA/ESA Hubble Space Telescope shows the rich galaxy cluster Abell 3827. The strange blue structures surrounding the central galaxies are gravitationally lensed views of a much more distant galaxy behind the cluster. Observations of the central four merging galaxies have provided hints that the dark matter around one of the galaxies is not moving with the galaxy itself, possibly implying dark matter-dark matter interactions of an unknown nature are occuring.

The central supermassive galaxy (ESO 146-IG 005) is clearly visible among its cluster companions as well as the remains of at least four nuclei that are being “digested” by the large galaxy. The central galaxy is thought to be the most massive galaxy in our local universe (out to about 1.5 billion light years). 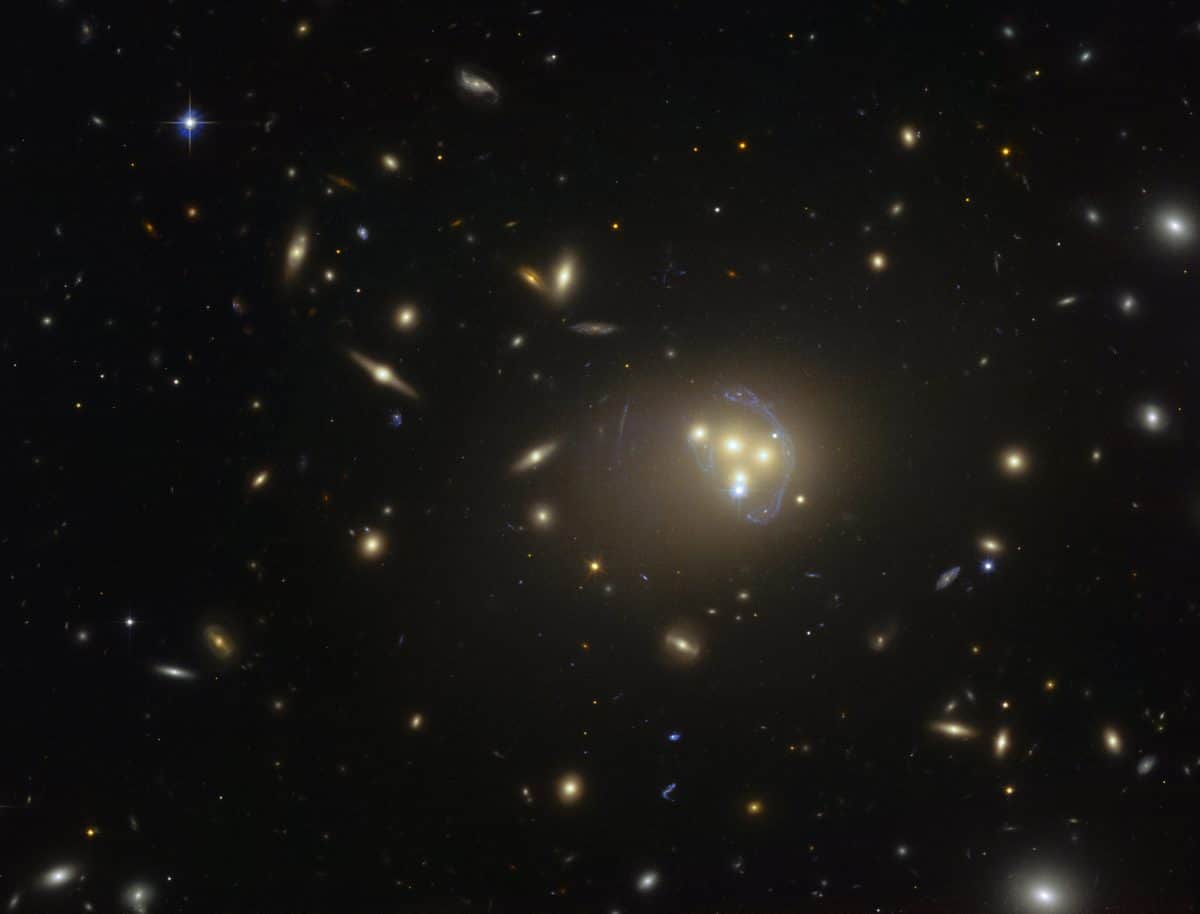