In the direction of the constellation of Sagittarius, some 5,500 light-years away in the southern Milky Way, is a chaotic caldron of stellar birth known as GGD 27. While such stellar nurseries are sprinkled liberally throughout our Milky Way Galaxy, GGD 27 presents an especially compelling snapshot of stellar birth.

At first glance it looks like chaos. However, this seemingly random cloud of gas and dust is home to several nascent stars interacting in complex, but predictable ways. Millions of years from now the prenatal cloud of gas and dust will disperse and a cluster of stars will emerge much like a butterfly from its chrysalis. Until then this beautiful cloud will slowly (by human standards) evolve and allow astronomers to explore the complex process of star birth.

The new infrared Gemini image peers deep into GGD 27 where a massive developing star (called a protostar) dominates the central region of the nebula. Identified as GGD 27-ILL this future star already glows several thousand times brighter than our Sun and powers a bipolar outflow where gas streams away at supersonic speeds propelled by intense magnetic fields. Other forming stars in the area complicate the scene while adding to its beauty. 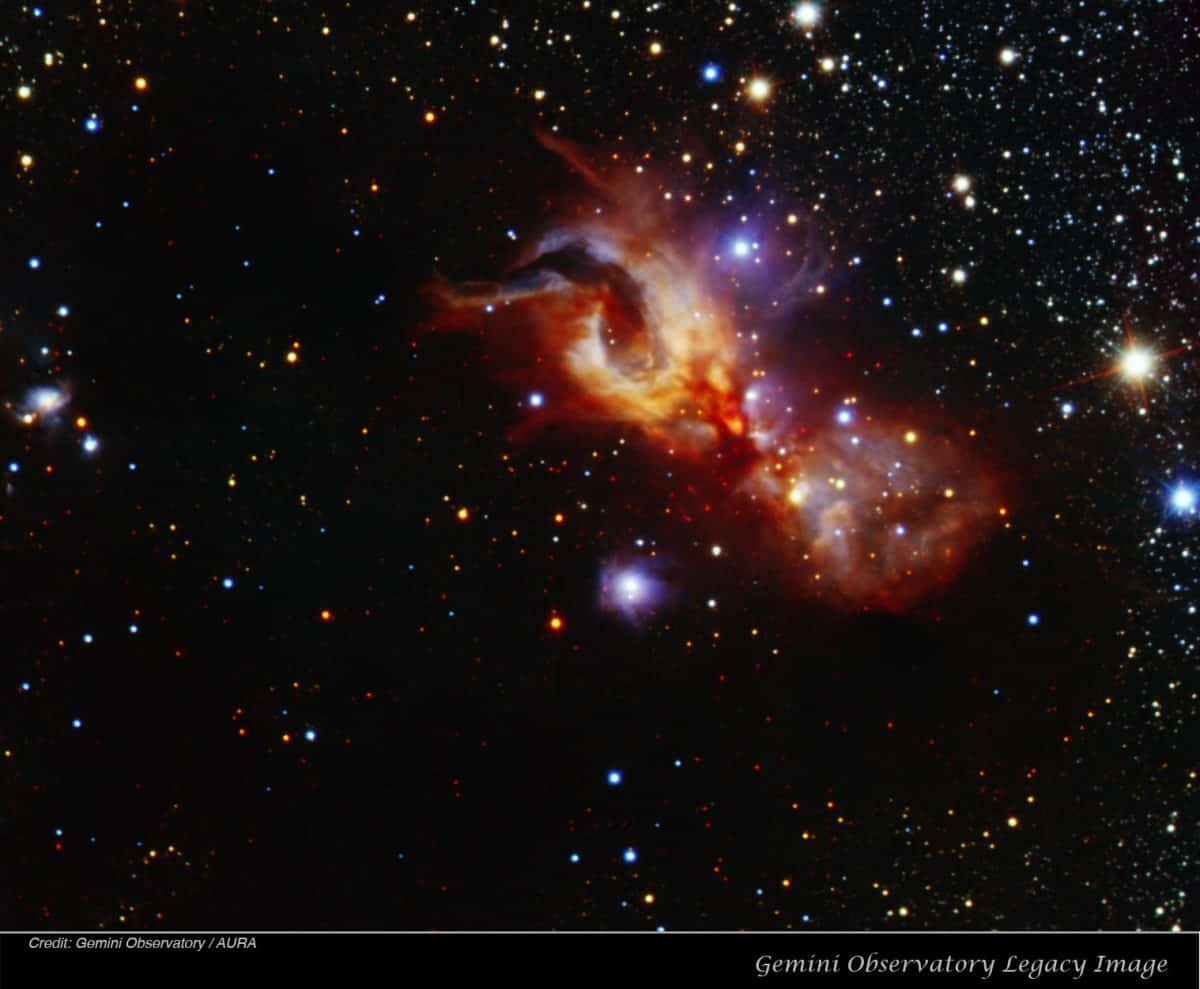