The Blue Horsehead Nebula (IC 4592) is a faint reflection nebula of about 40 light-years across, located some 420 light-years away from Earth in the southern constellation of Scorpius, near the center of our Milky Way Galaxy.

The characteristic blue hue of reflection nebulae is caused by the tendency of the fine dust within these nebulae to more strongly scatter blue starlight. In this case, the nebula is lit by a very bright star on the nasal bridge of the horse.

That star – called Nu Scorpii and also known as Jabbah, the Arabic name for “the forehead of the scorpion” – appears to be a single star, but is actually a whole system of stars (possibly as many as seven), each of which is many times more massive, larger, hotter and more luminous than our Sun.

A second, bright reflection nebula (IC 4601) is illuminated by the intense radiation of two stars near the horse’s ear (these stars of which the brightest star is known as HD 147010, and the binary star system as HD 147013, are all blue giants). The dust of IC 4601 contains the heavy elements that planets are made of, and plays a major role in the creation of new stars. There probably are baby stars wrapped in these blankets of dust. 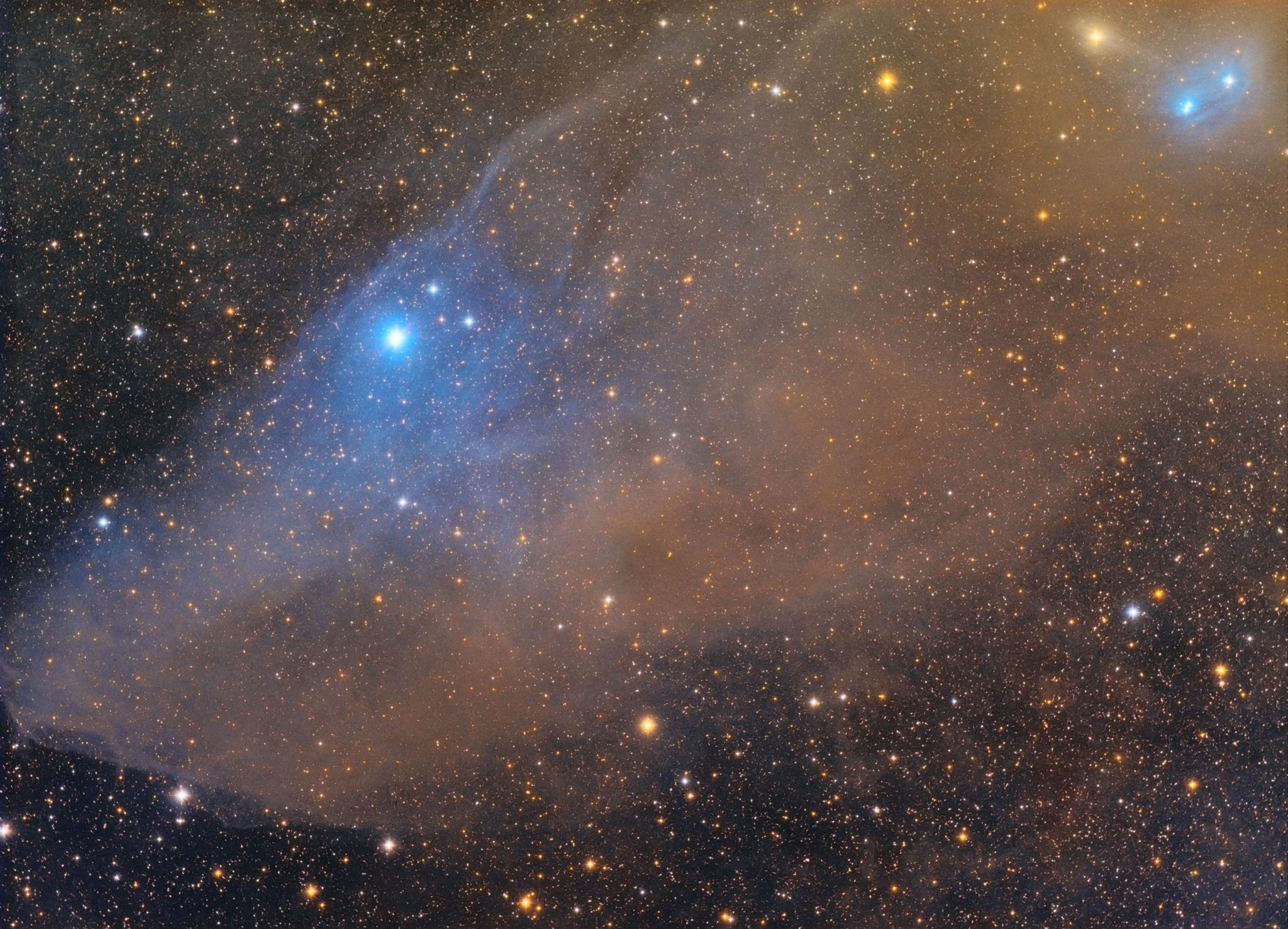