X-ray & Optical Images of LHA 120-N 44
This region of star formation features a giant bubble that is blowing out from the middle of this image due to winds flowing off young stars. Chandra data (purple and pink) show this superbubble of hot gas, while Hubble data (orange and light blue) reveals the gas and dust in the system. Image shows a superbubble in the Large Magellanic Cloud (LMC), a small satellite galaxy of the Milky Way, located about 160,000 light years from Earth. Many new stars, some of them very massive, are forming in the star cluster NGC 1929, which is embedded in the nebula N44. The massive stars produce intense radiation, expel matter at high speeds, and race through their evolution to explode as supernovas. The winds and supernova shock waves carve out huge cavities called superbubbles in the surrounding gas. 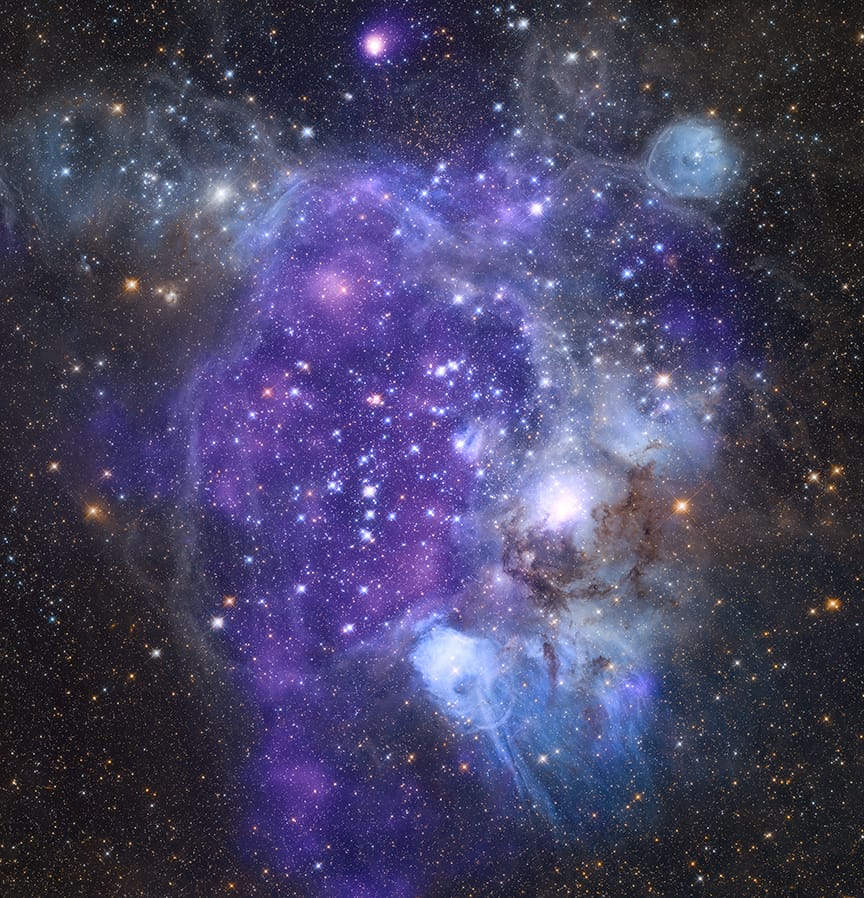