The Trifid Nebula, also known as Messier 20, is easy to find with a small telescope. About 30 light-years across and 5,500 light-years distant it’s a popular stop for cosmic tourists in the nebula richconstellation Sagittarius. As its name suggests, visible light pictures show the nebula divided into three parts by dark, obscuring dust lanes. But this penetrating infrared image reveals the Trifid’s filaments of glowing dust clouds and newborn stars. The spectacular false-color view is courtesy of the Spitzer Space Telescope. Astronomers have used the infrared image data to count newborn and embryonic stars which otherwise can lie hidden in the natal dust and gas clouds of this intriguing stellar nursery. Launched in 2003, Spitzer explored the infrared Universe from an Earth-trailing solar orbit until its science operations were brought to a close earlier this year, on January 30. 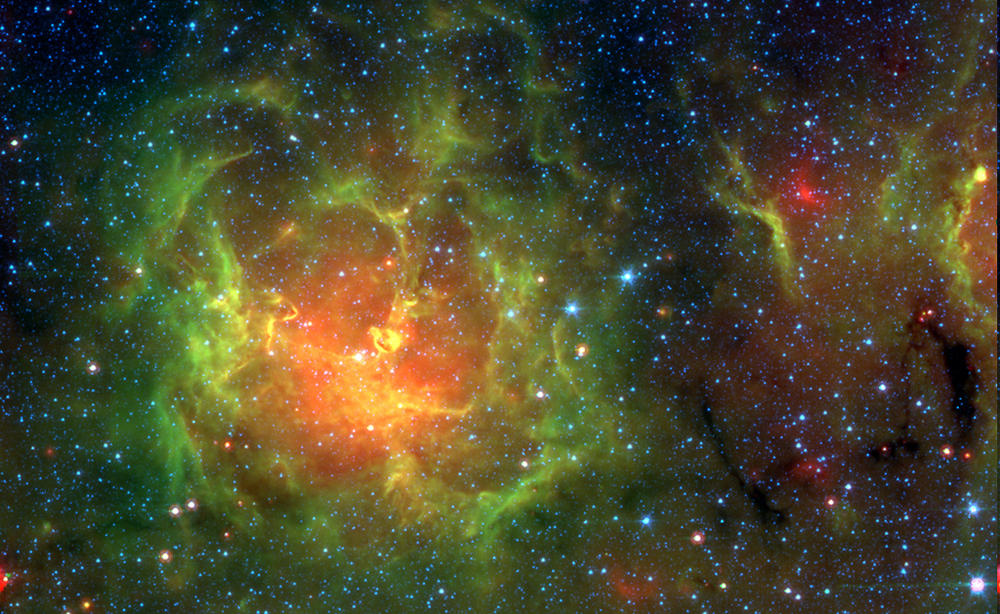