This spectacular image of the Orion Nebula star-formation region was obtained from multiple exposures using the HAWK-I infrared camera on ESO’s Very Large Telescope in Chile. This is the deepest view ever of this region and reveals more very faint planetary-mass objects than expected.

The Orion Nebula (also known as Messier 42, M42, or NGC 1976) is a diffuse nebula situated in the Milky Way, being south of Orion’s Belt in the constellation of Orion. It is one of the brightest nebulae, and is visible to the naked eye in the night sky. M42 is located at a distance of 1,344 ± 20 light years and is the closest region of massive star formation to Earth. The M42 nebula is estimated to be 24 light years across. It has a mass of about 2,000 times that of the Sun. Older texts frequently refer to the Orion Nebula as the Great Nebula in Orion or the Great Orion Nebula.

The Orion Nebula is one of the most scrutinized and photographed objects in the night sky, and is among the most intensely studied celestial features. The nebula has revealed much about the process of how stars and planetary systems are formed from collapsing clouds of gas and dust. Astronomers have directly observed protoplanetary disks, brown dwarfs, intense and turbulent motions of the gas, and the photo-ionizingeffects of massive nearby stars in the nebula. 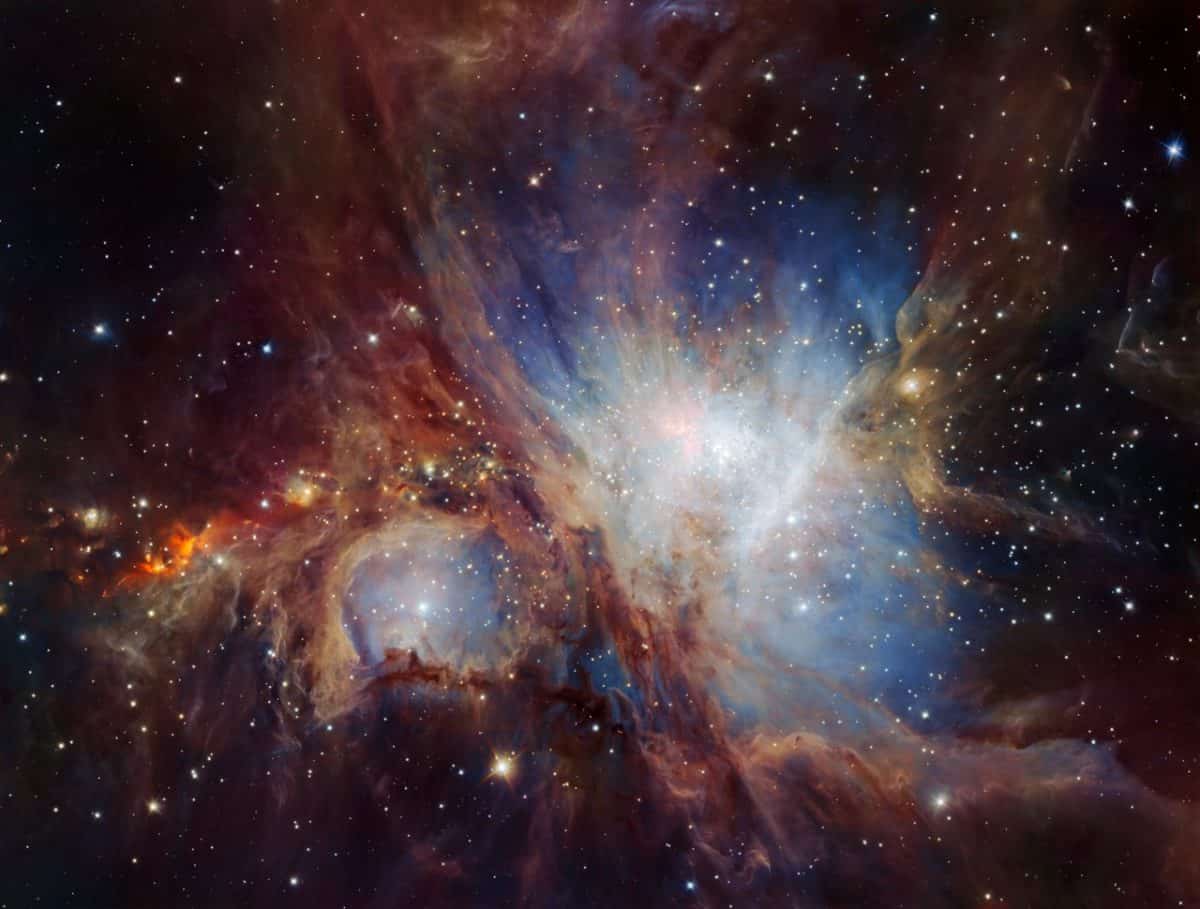