Messier 77 or M77, also known as NGC 1068, is a barred spiral galaxy about 47 million light-years away in the constellation Cetus. Messier 77 was discovered by Pierre Méchain in 1780, who originally described it as a nebula. Méchain then communicated his discovery to Charles Messier, who subsequently listed the object in his catalog. Both Messier and William Herschel described this galaxy as a star cluster. Today, however, the object is known to be a galaxy.

The morphological classification of NGC 1068 in the De Vaucouleurs system is (R)SA(rs)b, where the ‘(R)’ indicates an outer ring-like structure, ‘SA’ denotes a non-barred spiral, ‘(rs)’ means a transitional inner ring/spiral structure, and ‘b’ says the spiral arms are moderately wound. Ann et al. (2015) gave it a class of SAa, suggesting a non-barred spiral galaxy with tightly wound arms. However, infrared images of the inner part of the galaxy reveal a prominent bar feature not seen in visual light, and for this reason it is now considered a barred spiral. 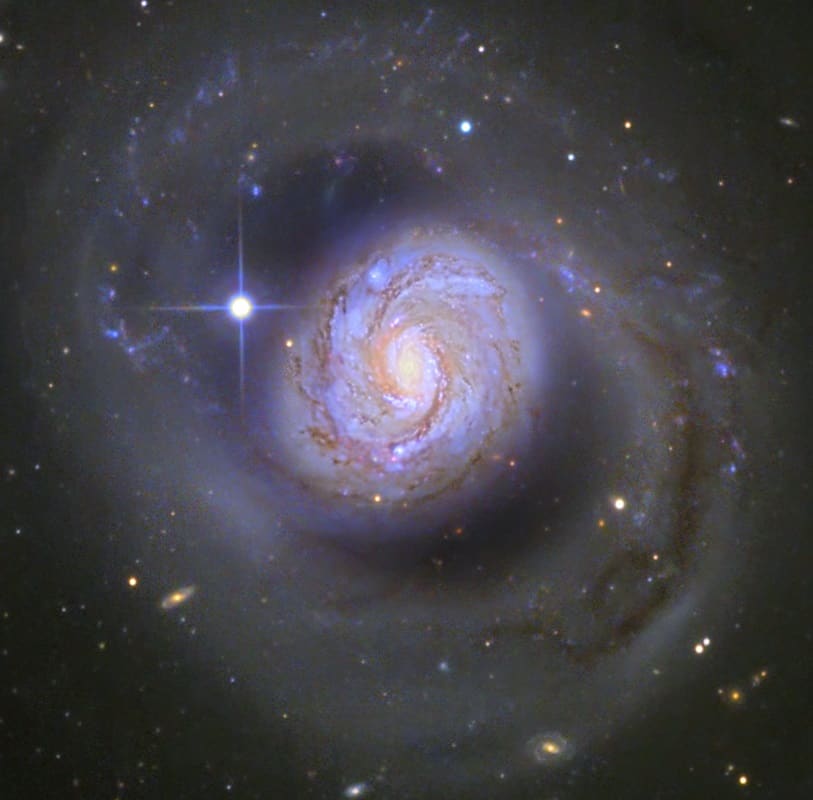