The Cosmos with M95

Messier 95, also known as M95 or NGC 3351, is a barred spiral galaxy located about 38 million light-years away in the zodiac constellation Leo. It was discovered by Pierre Méchain in 1781, and catalogued by fellow French astronomer Charles Messier four days later. On 16 March 2012, a supernova was discovered in M95.

The galaxy has a morphological classification of SB(r)b, with the SBb notation indicating it is a barred spiral with arms that are intermediate on the scale from tightly to loosely wound, and an ‘(r)’ meaning an inner ring surrounds the bar. The latter is a ring-shaped, circumnuclear star-forming region with a diameter of approximately 2,000 light-years (610 pc). The spiral structure extends outward from the ring.

The ring structure of M95 has a mass of 3.5×108 M☉ in molecular gas and a star formation rate of 0.38 M☉ yr−1. The star formation is occurring in at least five regions with diameters between 100 and 150 pc that are composed of several star clusters ranging in size from 1.7 to 4.9 pc. These individual clusters contain (1.8–8.7)×106 M☉ of stars, and may be on the path to forming globular clusters. 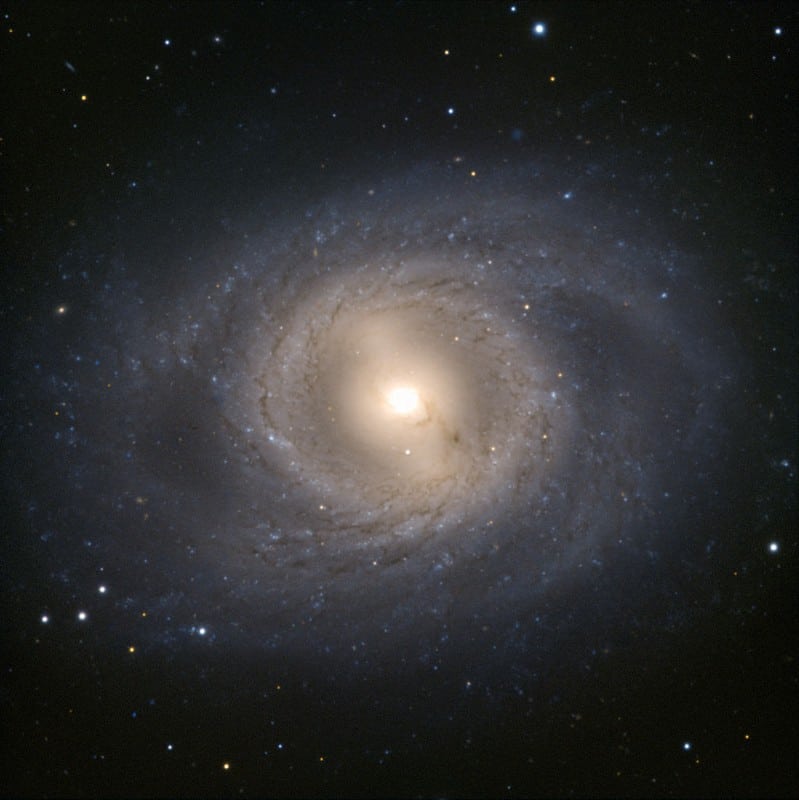