Captured with the MUSE instrument on ESO’s Very Large Telescope (VLT), this image of the distant spiral galaxy NGC 1097 shows a textbook example of a star-bursting nuclear ring. Located 45 million light-years away from Earth, in the constellation of Fornax, this ring lies at the very centre of its galaxy. It spans only 5,000 light years across, being dwarfed by the full size of its host galaxy, which extends some tens of thousands of light-years beyond its centre.

The darker lanes seen in this MUSE image show dust, gas and debris from the galaxy (or possibly from a satellite galaxy), which are being funnelled into the supermassive black hole at its centre. This process heats up the surrounding matter forming an accretion disc around the black hole and launching huge amounts of energy into the surrounding area. Nearby dust is heated up and star formation accelerates in the area around the supermassive black hole, forming the star-bursting nuclear ring shown in pink and purple tones in the image. 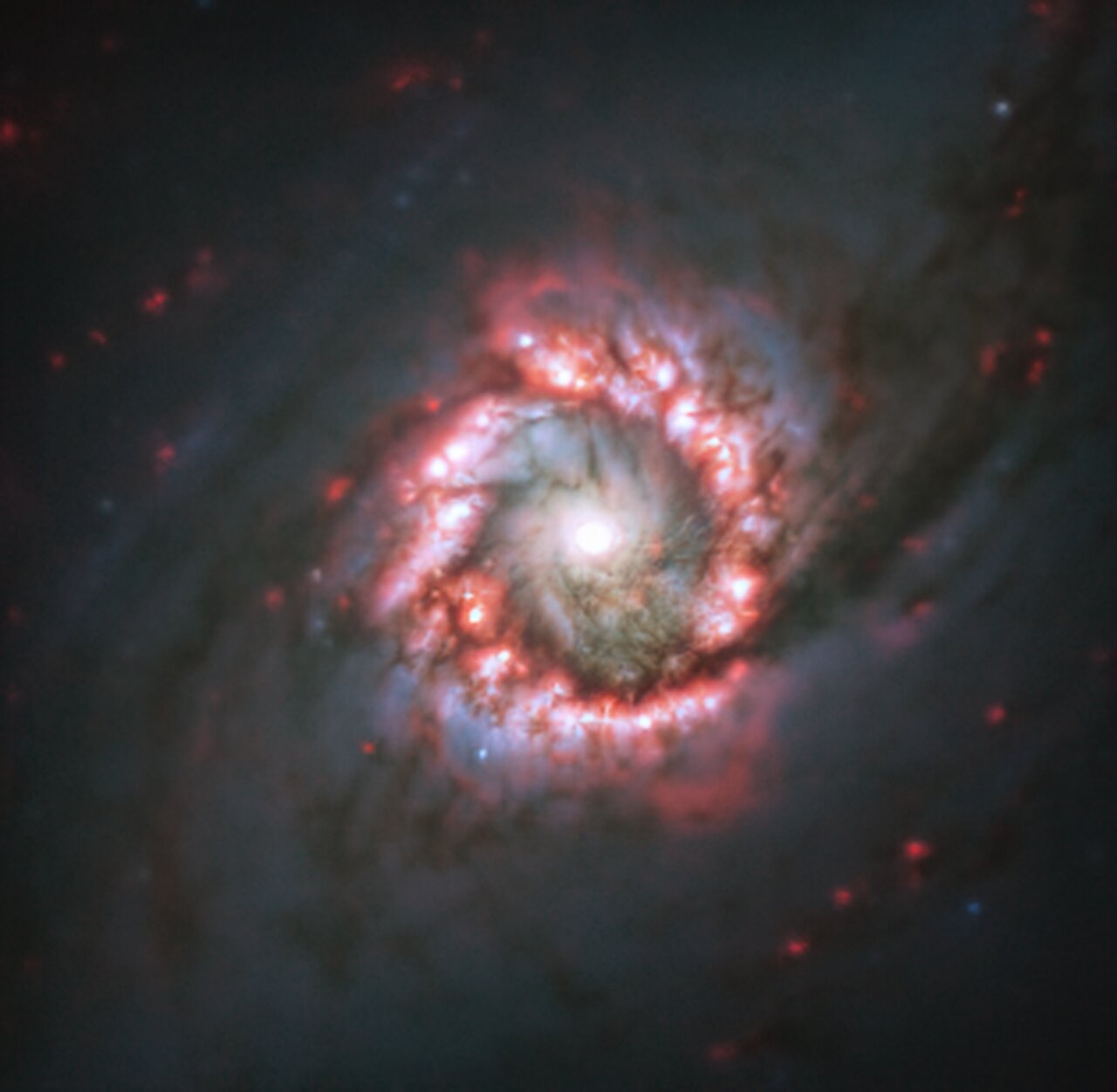