This pretty cosmic cloud lies some 1,500 light-years away, it shape and color reminiscent of a blue robin’s egg. It spans about 3 light-years, nested securely within the boundaries of the southern constellation Fornax. Recognized as a planetary nebula it doesn’t represent a beginning though, but instead corresponds to a brief and final phase in the evolution of an aging star. In fact, visible in the telescopic image the central star of NGC 1360 is known to be a binary star system likely consisting of two evolved white dwarf stars, less massive but much hotter than the Sun. Their intense and otherwise invisible ultraviolet radiation has stripped away electrons from the atoms in the surrounding gaseous shroud. The predominant blue-green hue of NGC 1360 seen here is the strong emission produced as electrons recombine with doubly ionized oxygen atoms. 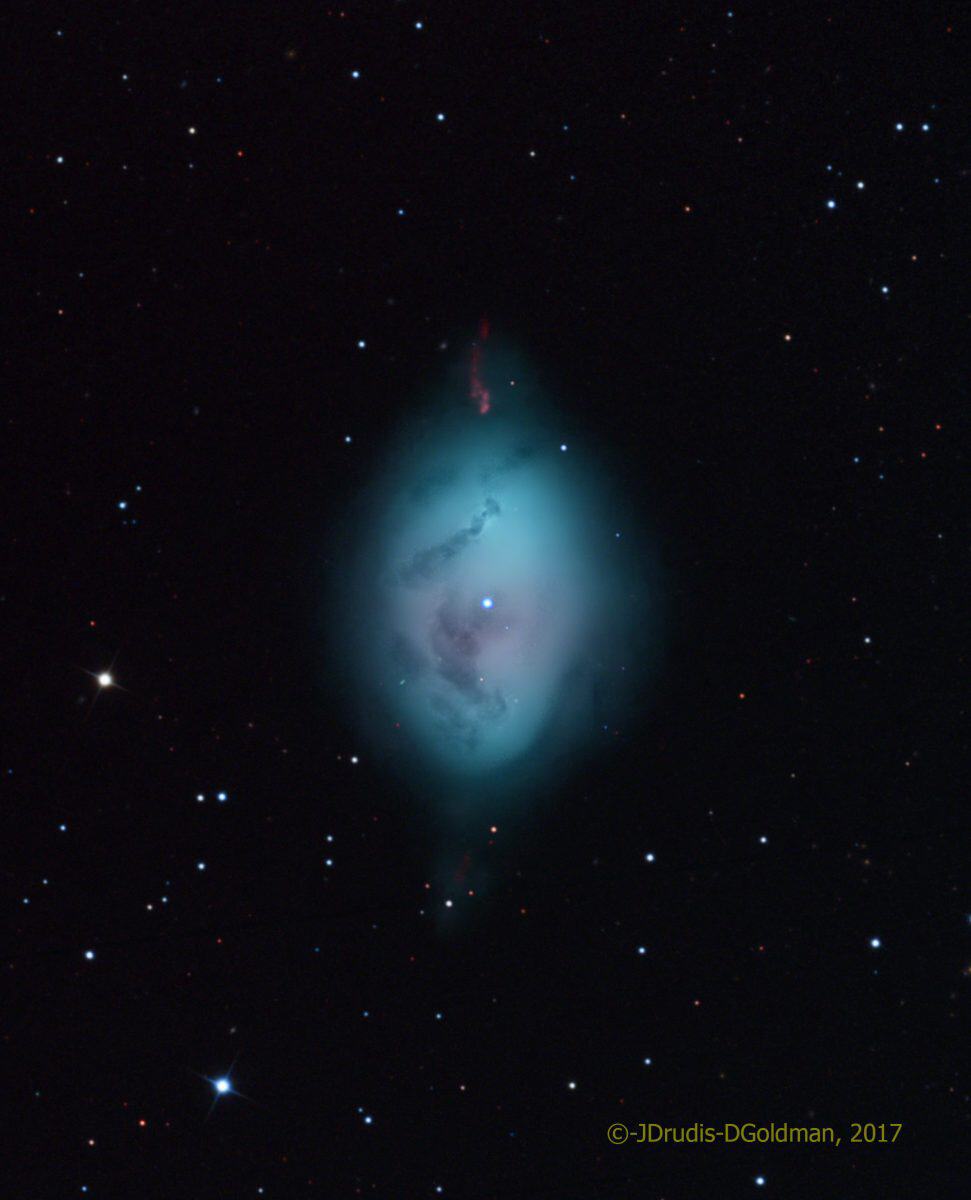