ESO’s Very Large Telescope has captured a detailed view of a star-forming region in the Large Magellanic Cloud — one of the Milky Way’s satellite galaxies. This sharp image reveals two glowing clouds of gas. NGC 2014 (right) is irregularly shaped and red and its neighbour, NGC 2020, is round and blue. These odd and very different forms were both sculpted by powerful stellar winds from extremely hot newborn stars that also radiate into the gas, causing it to glow brightly.

NGC 2014 is a cluster in the constellation Dorado accompanied by a nebula.
The cluster was discovered in 1826 by the astronomer James Dunlop with a 23 cm telescope . 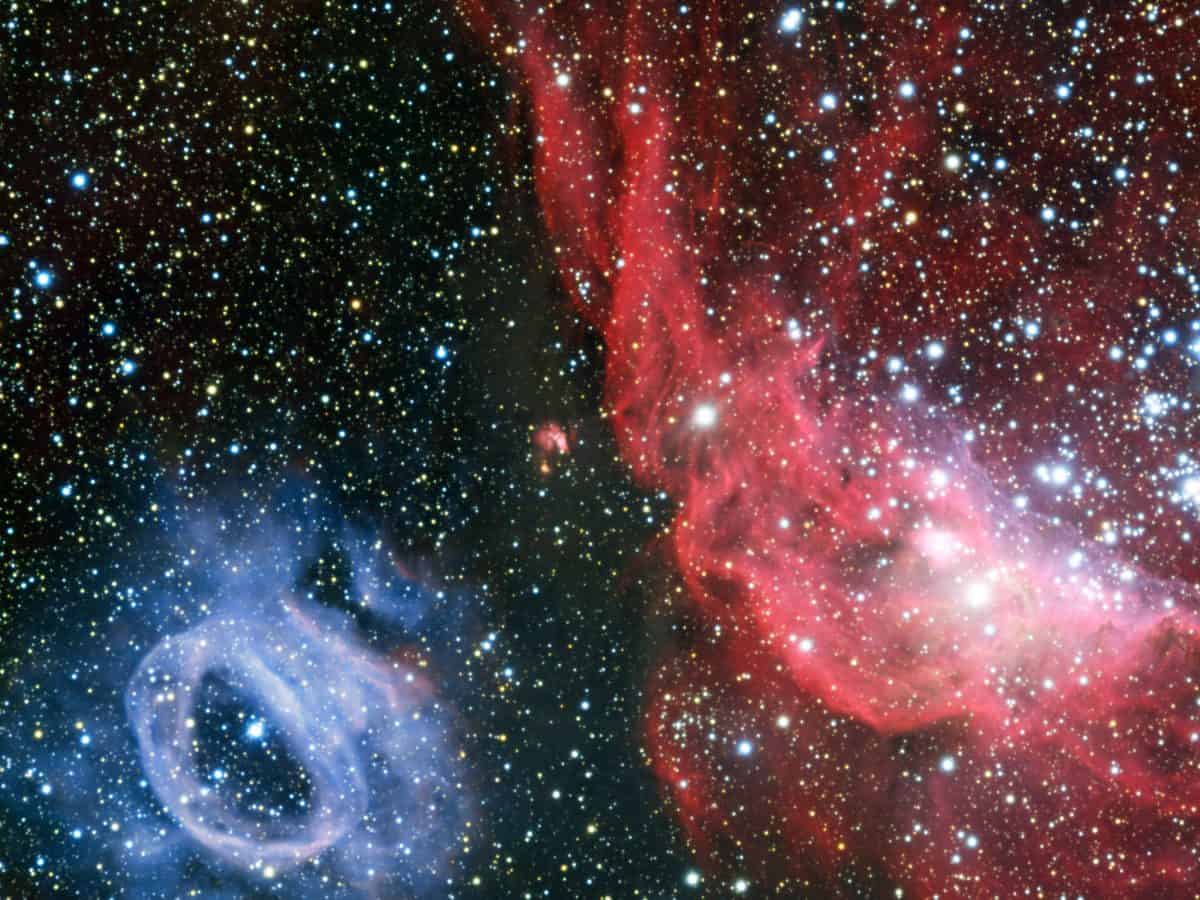