This picture of the spectacular southern spiral galaxy NGC 300 was taken using the Wide Field Imager (WFI) at ESO’s La Silla Observatory in Chile. It was assembled from many individual images through a large set of different filters over many observing nights, spanning several years. The main purpose of this extensive observational campaign was to get an unusually thorough census of the stars in the galaxy, counting both the number and varieties of stars and marking regions, or even individual stars, that warrant deeper and more focussed investigation. But such a rich data collection will also have many other uses for years to come.

The images were mostly taken through filters that transmit red, green or blue light. These were supplemented by images through special filters that allow through only the light from ionised hydrogen or oxygen gas and highlight the glowing clouds in the galaxy’s spiral arms. The total exposure time amounted to around 50 hours.

NGC 300 is a spiral galaxy in the constellation Sculptor. It is one of the closest galaxies to the Local Group, and probably lies between the latter and the Sculptor Group. It is the brightest of the five main spirals in the direction of the Sculptor Group. It is inclined at an angle of 42° when viewed from Earth and shares many characteristics of the Triangulum Galaxy 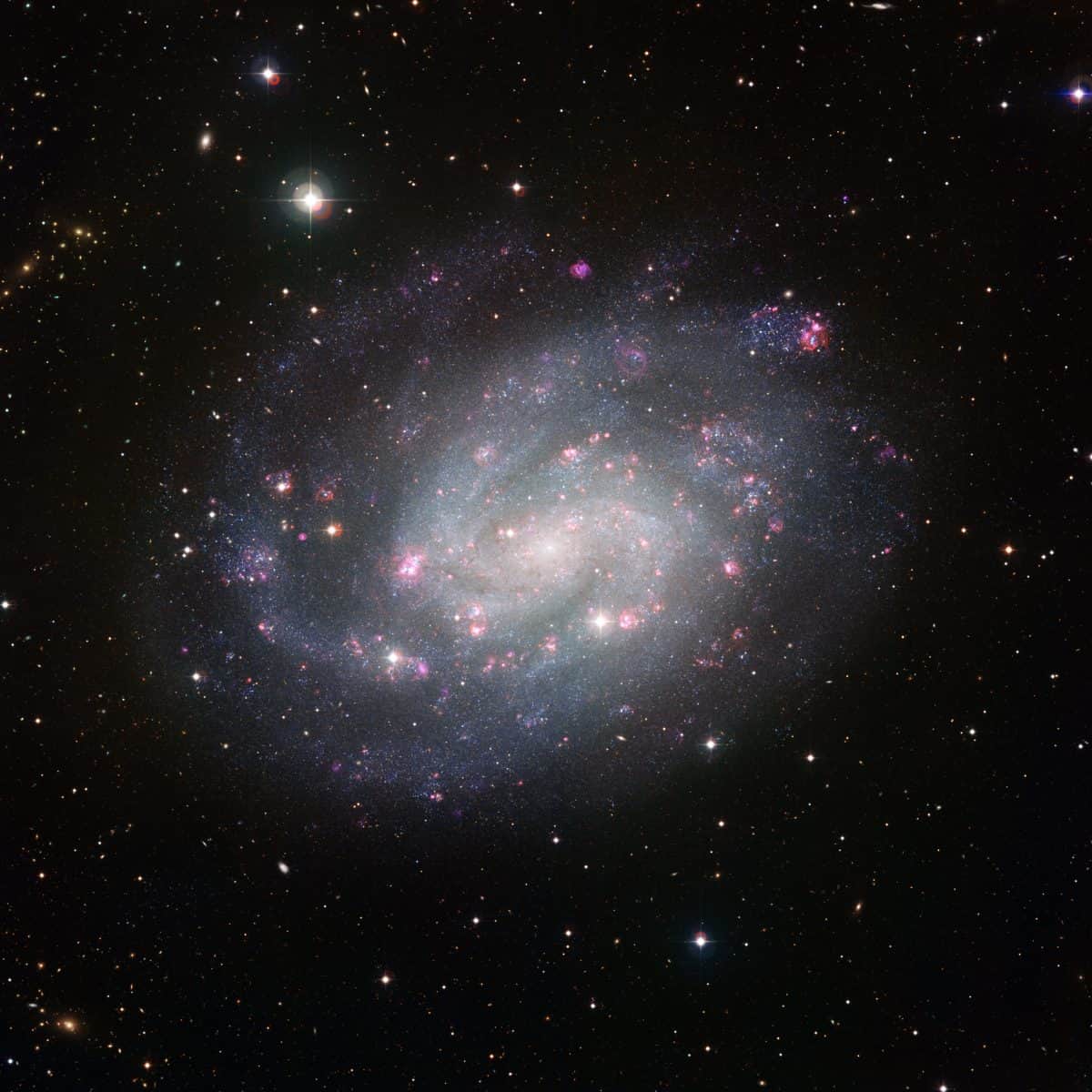