NGC 3314 is a pair of overlapping spiral galaxies between 117 and 140 million light-years away in the constellation Hydra. This unique alignment gives astronomers the opportunity to measure the properties of interstellar dust in the face-on foreground galaxy (NGC3314a), which appear dark against the background galaxy (NGC 3314b). Unlike interacting galaxies, the two components of NGC3314 are physically unrelated. It was discovered in April 1999.

In a March 2000 observation of the galaxies, a prominent green star-like object was seen in one of the arms. Astronomers theorized that it could have been a supernova, but the unique filtering properties of the foreground galaxy made it difficult to decide definitively. 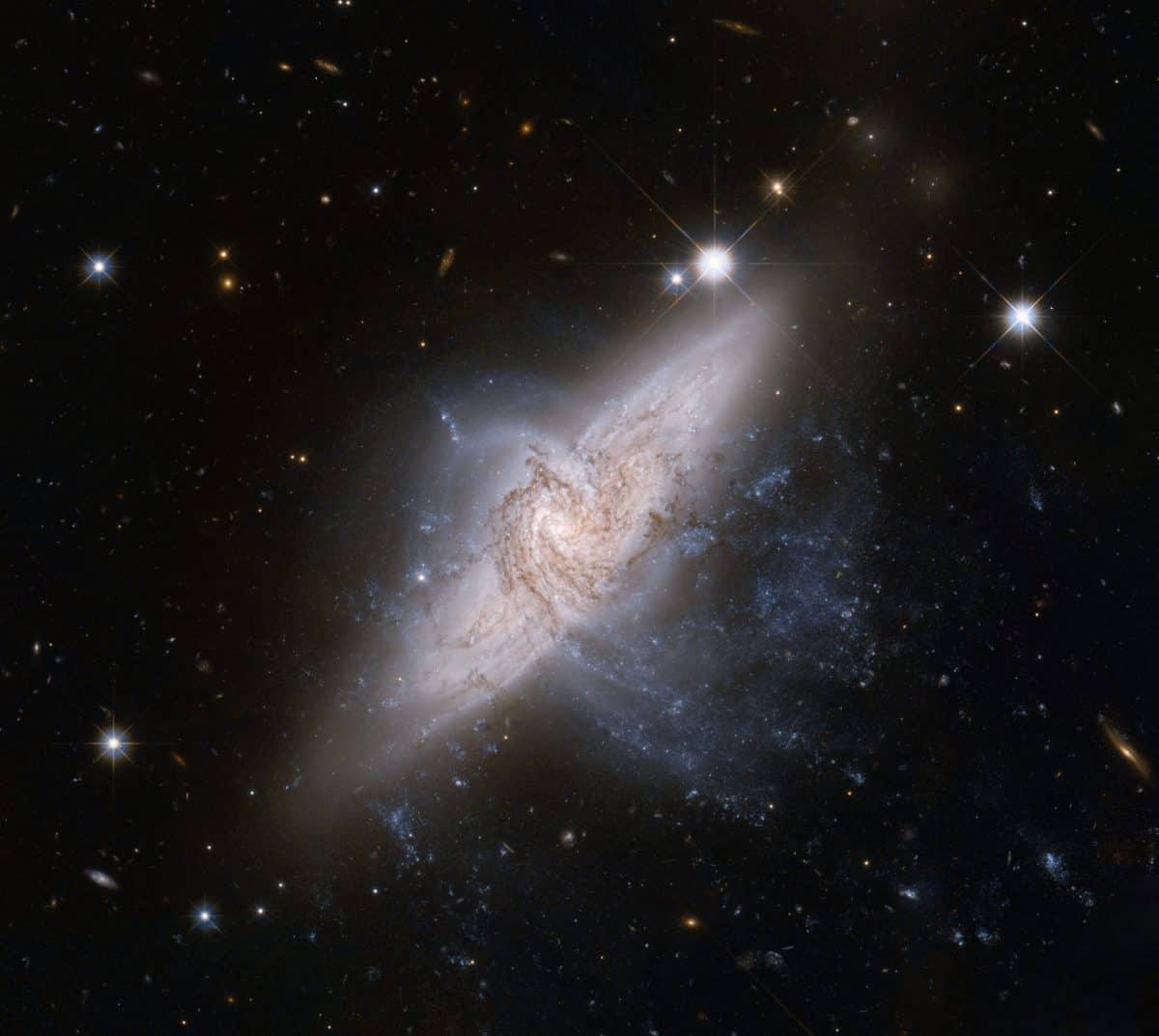