Messier 96 (also known as M96 or NGC 3368) is an intermediate spiral galaxy about 31 million light-years away in the constellation Leo (the Lion). It was discovered by French astronomer Pierre Méchain on March 20, 1781. After communicating his finding, French astronomer Charles Messierconfirmed the finding four days later and added it to his catalogue of nebulous objects. Finding this object is extremely difficult with binoculars. With a telescope of 25.4 cm (10.0 in) aperture, the galaxy is visible as a 3 × 5 arcminute halo with a brighter core region.

This complex galaxy is inclined by an angle of about 53° to the line of sight from the Earth, which is oriented at a position angle of 172°. It is categorized as a double-barred spiral galaxy with a small inner bulge through the core along with an outer bulge. The nucleus displays a weak level of activity of the LINER2 type. Variations in ultraviolet emission from the core suggest the presence of a supermassive black hole. Estimates for the mass of this object range from 1.5×106 to 4.8×107 times the mass of the Sun.

On May 9, 1998 a supernova event was observed in this galaxy. Designated SN 1998bu, this was a Type Ia supernova explosion. It reached maximum light on May 21, then steadily declined in magnitude thereafter. Observations of the ejecta a year later showed that the explosion created 0.4 times the mass of the Sun worth of iron. The spectrum of the supernova remnant confirmed the presence of radioactive 56Co, which decays into 56Fe.

Messier 96 is about the same mass and size as the Milky Way. It is a very asymmetric galaxy; its dust and gas are unevenly spread throughout its weak spiral arms, and its core is not exactly at the galactic center. Its arms are also asymmetrical, thought to have been influenced by the gravitational pull of other galaxies within the same group as Messier 96. 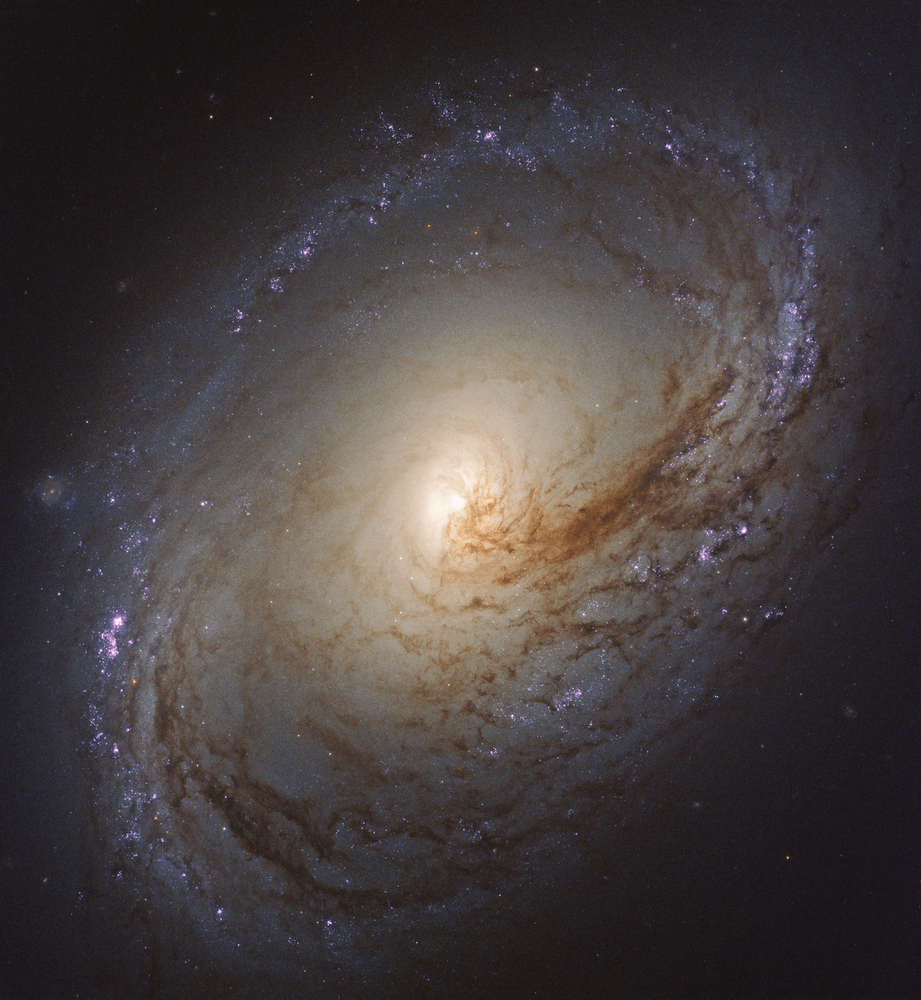