It is known today that merging galaxies play a large role in the evolution of galaxies and the formation of elliptical galaxies in particular. However there are only a few merging systems close enough to be observed in depth. The pair of interacting galaxies seen here — known as NGC 3921 — is one of these systems.

NGC 3921 — found in the constellation Ursa Major the Great Bear — is an interacting pair of disk galaxies in the late stages of its merger. Observations show that both of the galaxies involved were about the same mass and collided about 700 million years ago. You can see clearly in this image the disturbed morphology, tails and loops characteristic of a post-merger.

The clash of galaxies caused a rush of star formation, and previous Hubble observations showed over 1,000 bright, young star clusters bursting to life at the heart of the galaxy pair. 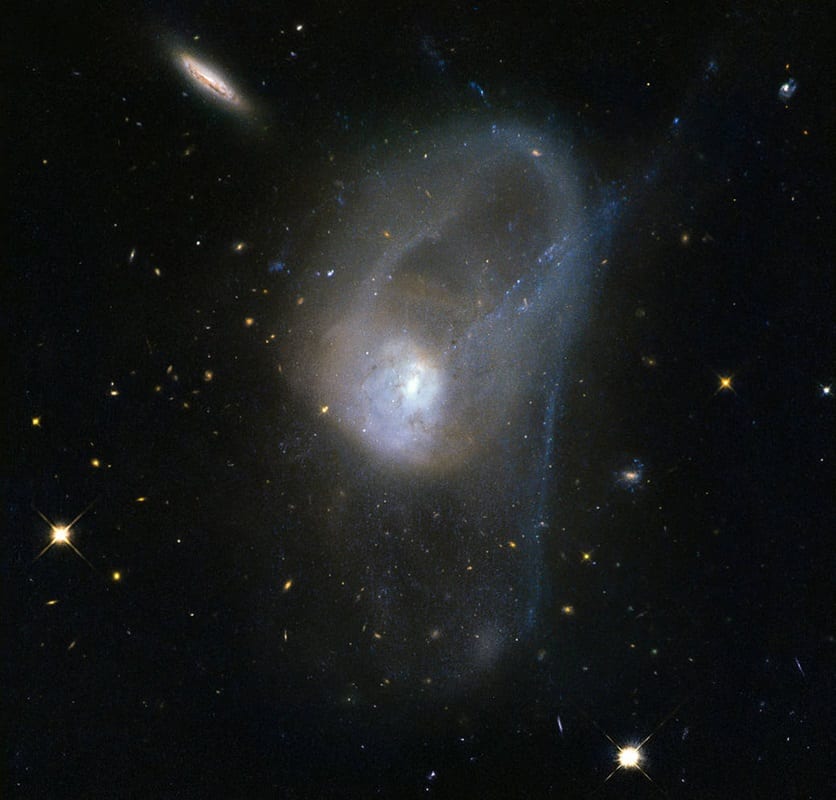