This striking image, taken with the FORS2 instrument on the Very Large Telescope, shows a beautiful yet peculiar pair of galaxies, NGC 4438 and NGC 4435, nicknamed The Eyes. The larger of these, at the top of the picture, NGC 4438, is thought to have once been a spiral galaxy that was strongly deformed by collisions in the relatively recent past. The two galaxies belong to the Virgo Cluster and are about 50 million light-years away.

The Eyes Galaxies (NGC 4435-NGC 4438, also known as Arp 120) are a pair of galaxies about 52 million light-years away in the constellationVirgo. The pair are members of the string of galaxies known as Markarian’s Chain.

NGC 4435 is a barred lenticular galaxy currently interacting with NGC 4438. Studies of the galaxy by the Spitzer Space Telescope revealed a relatively young (190 million years) stellar population within the galaxy’s nucleus, which may have originated through the interaction with NGC 4438 compressing gas and dust in that region, triggering a starburst. It also has a long tidal tail possibly caused by the interaction with the mentioned galaxy; however, other studies suggest that tail is actually a galactic cirrus in the Milky Way totally unrelated to NGC 4435.

NGC 4438 is the most curious interacting galaxy in the Virgo Cluster, due to the uncertainty surrounding the energy mechanism that heats the nuclear source; this energy mechanism may be a starburst region, or a black hole-powered active galactic nucleus (AGN). Both hypotheses are currently under investigation by astronomers.

This galaxy shows a highly distorted disk, including long tidal tails due to the gravitational interactions with other galaxies in the cluster and its companion. The aforementioned features explain why sources differ to classify it as a lenticular or spiral galaxy. NGC 4438 also shows signs of a past, extended, – but modest – starburst, a considerable deficience of neutral hydrogen, as well as a displacement of the components of its interstellar medium – atomic hydrogen, molecular hydrogen, interstellar dust, and hot gas – in the direction of NGC 4435. This observation suggests both a tidal interaction with NGC 4435 and the effects of ram-pressure stripping as NGC 4438 moves at high speed through Virgo’s intracluster medium, increased by the encounter between both galaxies. 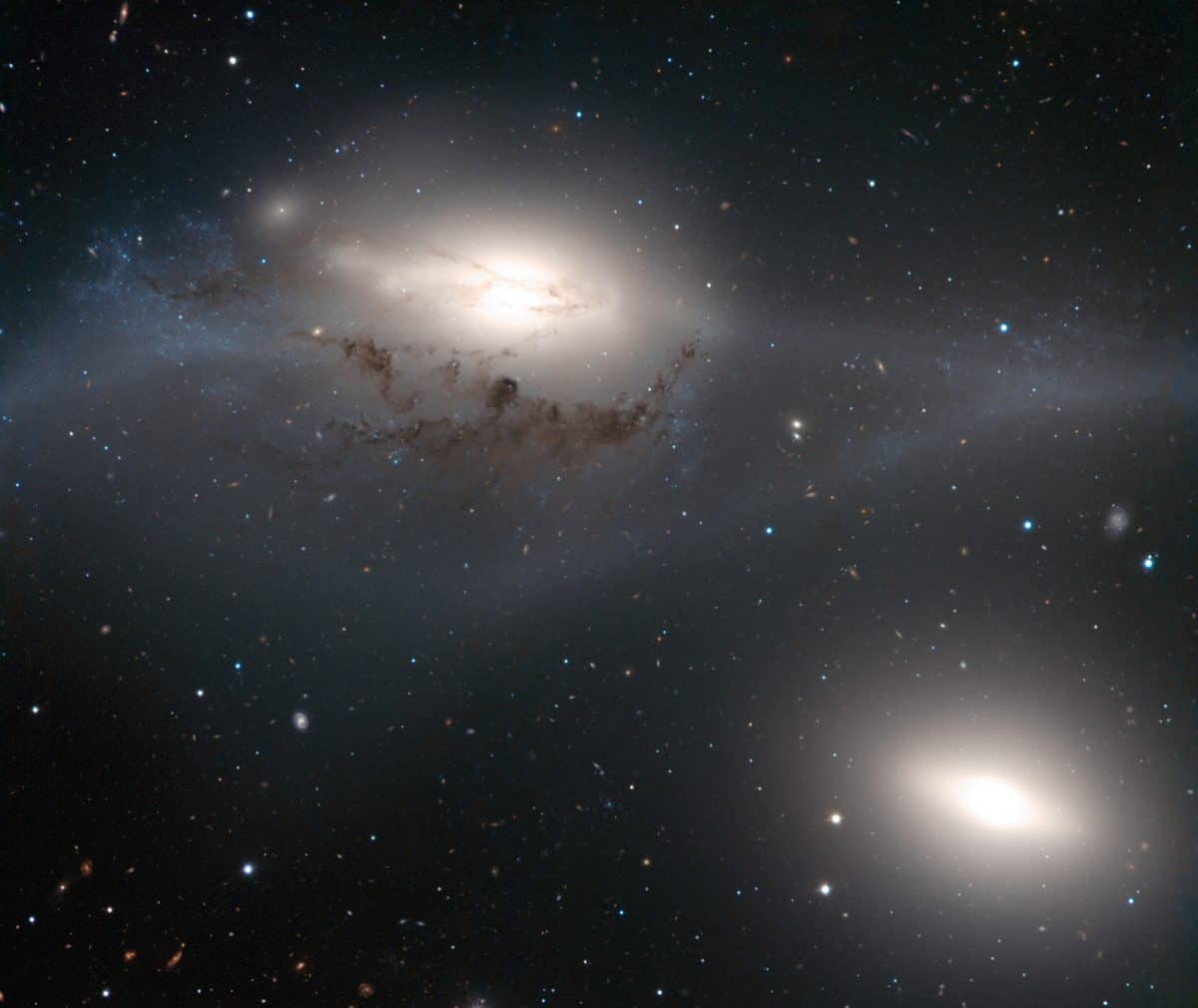