This image, taken with Hubble’s Wide Field Camera 3 (WFC3), features the spiral galaxy NGC 4680. At 2 o’clock and 7 o’clock two other galaxies can be seen flanking NGC 4680. NGC 4680 enjoyed a wave of attention in 1997, as it played host to a supernova explosion known as SN 1997bp. Amazingly, the supernova was identified by an Australian amateur astronomer named Robert Evans, who has identified an extraordinary 42 supernova explosions.  NGC 4680 is actually a rather tricky galaxy to classify. It is sometimes referred to as a spiral galaxy, but it is also sometimes classified as a lenticular galaxy. Lenticular galaxies fall somewhere in between spiral galaxies and elliptical galaxies. Whilst NGC 4680 does have distinguishable spiral arms, they are not clearly defined, and the tip of one arm appears very diffuse. Galaxies are not static, and their morphologies (and therefore their classifications) vary throughout their lifetimes. Spiral galaxies are thought to evolve into elliptical galaxies, most likely by merging with one another, causing them to lose their distinctive spiral structures. 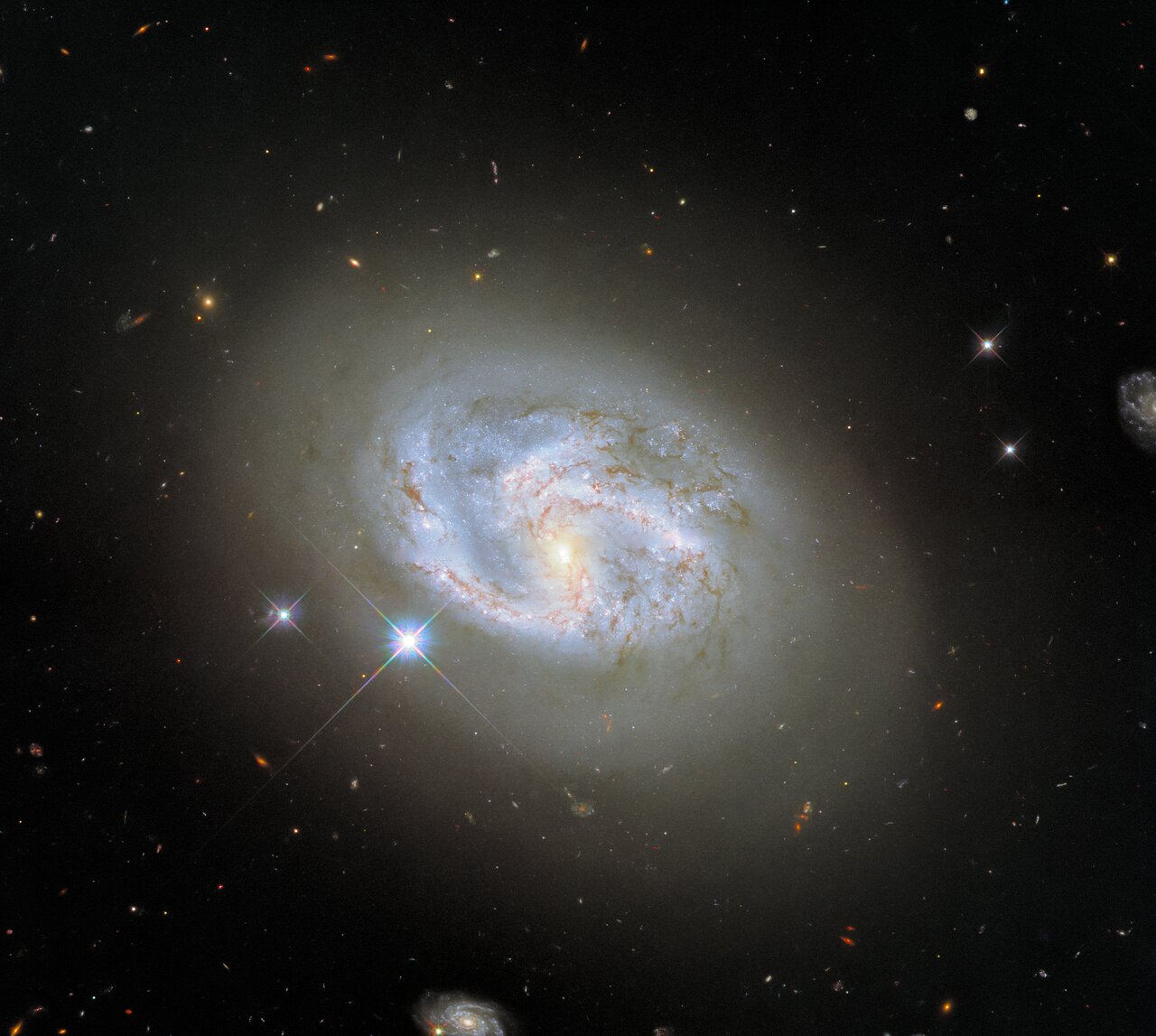