First discovered in 1798 by German-English astronomer William Hershel, NGC 613 is a galaxy which lies in the southern constellation of Sculptor  67 million light-years away.

Featured here in a new image from the NASA/ESA Hubble Space Telescope, NGC 613 is a lovely example of a barred spiral galaxy. It is easily distinguishable as such because of its well defined central bar and long arms, which spiral loosely around its nucleus. As revealed by surveys, about two thirds of spiral galaxies, including our own Milky Way galaxy, contain a bar.

Recent studies have shown that bars are more common in galaxies now than they were in the past, which gives us important clues about galaxy formation and evolution. 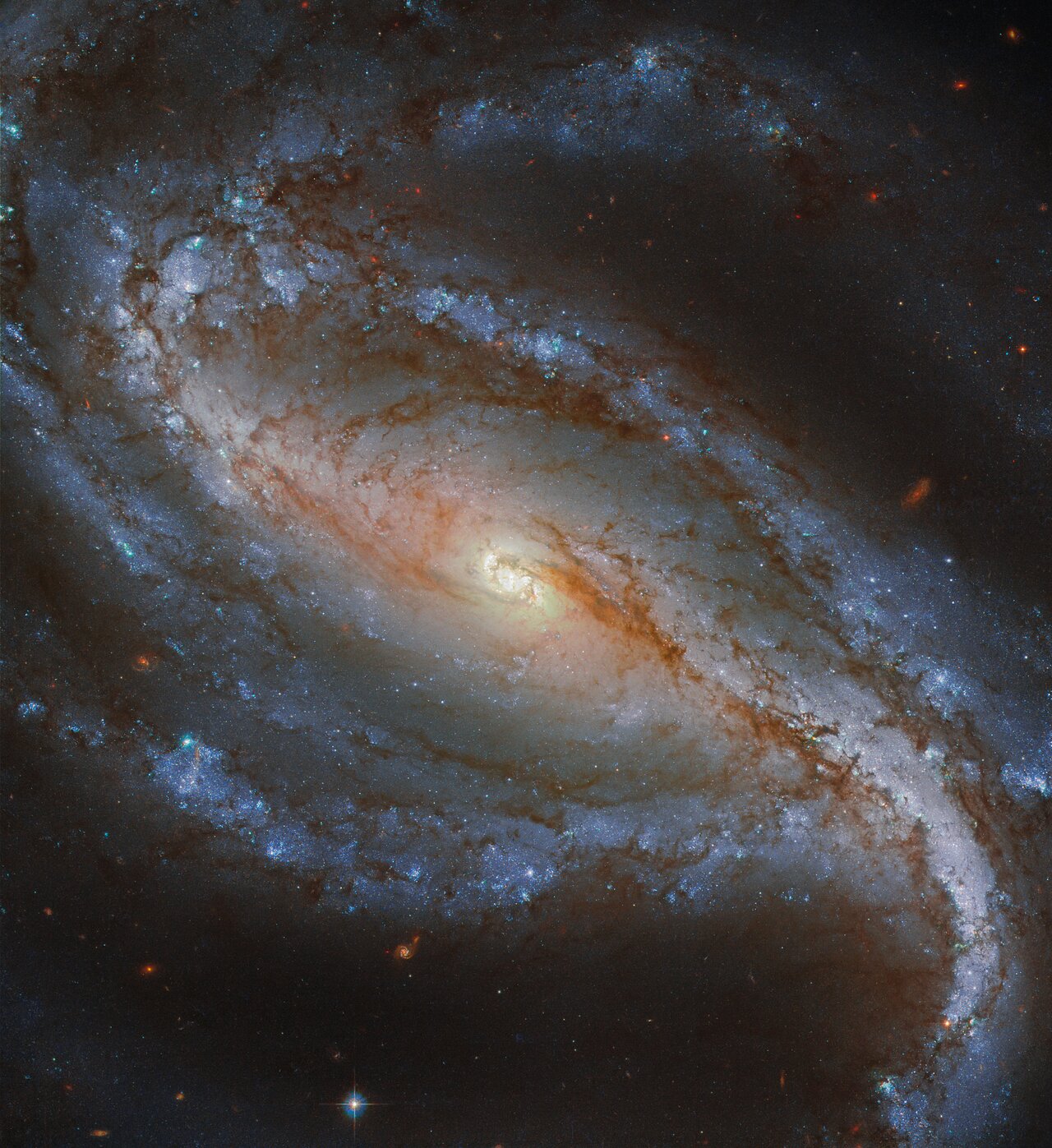