NGC 6946 is a face-on intermediate spiral galaxy with a small bright nucleus, whose location in the sky straddles the boundary between the northern constellations of Cepheus and Cygnus. Its distance from Earth is about 22.5 million light-years or 6.8 megaparsecs, similar to the distance of M101 (NGC 5457) in the constellation Ursa Major. Both were once considered to be part of the Local Group. but are now known to be among the dozen bright spiral galaxies near the Milky Way but beyond the confines of the Local Group.

Discovered by William Herschel on 9 September 1798, this well-studied galaxy has a diameter of approximately 40,000 light-years, about one-third of the Milky Way’s size, and it contains roughly half the number of stars as the Milky Way. The galaxy is heavily obscured by interstellar matter as it lies quite close to the galactic plane of the Milky Way. Due to its prodigious star formation it has been classified as an active starburst galaxy. 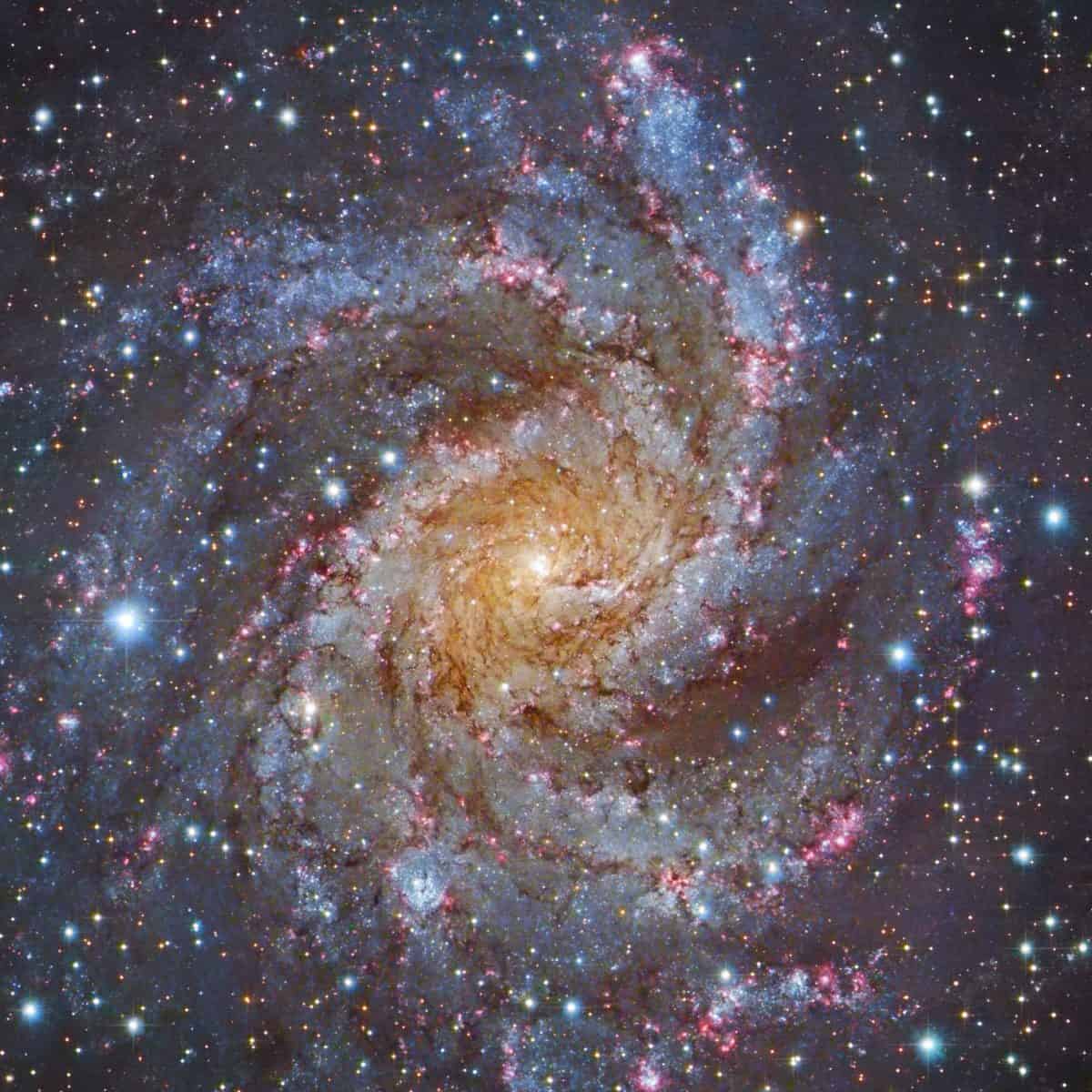