The Cosmos with Roberts Quartet
NGC 87, NGC 88, NGC 89 and NGC 92
Robert’s Quartet is a compact galaxy group approximately 160 million light-years away in the constellation Phoenix. It is a family of four very different galaxies in the process of colliding and merging. Its members are NGC 87, NGC 88, NGC 89 and NGC 92, discovered by John Herschel on the 30 September 1834.

The quartet is one of the best examples of compact galaxy groups, because such groups contain four to eight galaxies in a very small region.[according to whom?] They are excellent laboratories for the study of galactic interactions and their effects, in particular on the formation of stars. The quartet has a total visual magnitude of almost 13.[citation needed] The brightest member of the group is NGC 92, having the blue magnitude of 13.8. On the sky, the four galaxies are all within a circle of radius of 1.6 arcmin, corresponding to about 75,000 light-years.[citation needed] It was named by Halton Arp and Barry F. Madore, who compiled A Catalogue of Southern Peculiar Galaxies and Associations in 1987. 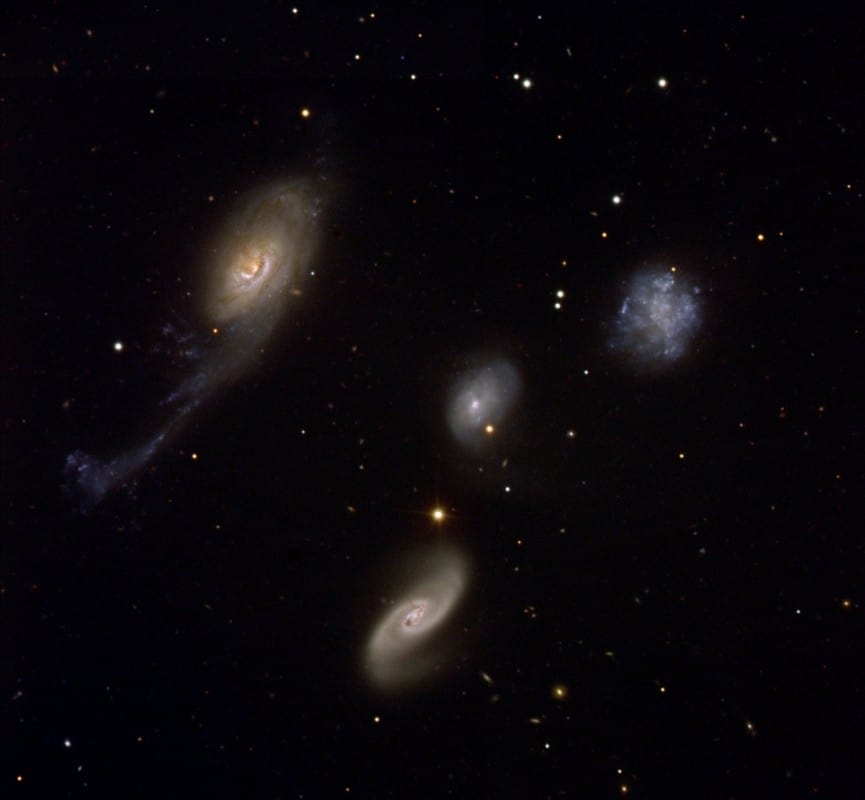