The North America Nebula (NGC 7000 or Caldwell 20) is an emission nebula in the constellation Cygnus, close to Deneb (the tail of the swan and its brightest star). The shape of the nebularesembles that of the continent of North America, complete with a prominent Gulf of Mexico.

On October 24, 1786, William Herschel observing from Slough, England, noted a “faint milky nebulosity scattered over this space, in some places pretty bright.” The most prominent region was catalogued by his son John Herschel on August 21, 1829. It was listed in the New General Catalogue as NGC 7000, where it is described as a “faint, most extremely large, diffuse nebulosity.”  In 1890, the pioneering German astrophotographer Max Wolf noticed this nebula’s characteristic shape on a long-exposure photograph, and dubbed it the North America Nebula. In his study of nebulae on the Palomar Sky Survey plates in 1959, American astronomer Stewart Sharpless realised that the North America Nebula is part of the same interstellar cloud of ionizedhydrogen (H II region) as the Pelican Nebula, separated by a dark band of dust, and listed the two nebulae together in his second list of 313 bright nebulae as Sh2-117. American astronomer Beverly T. Lynds catalogued the obscuring dust cloud as L935 in her 1962 compilation of dark nebulae. Dutch radio astronomer Gart Westerhout detected the HII region Sh2-117 as a strong radio emitter, 3° across, and it appears as W80 in his 1958 catalogue of radio sources in the band of the Milky Way. 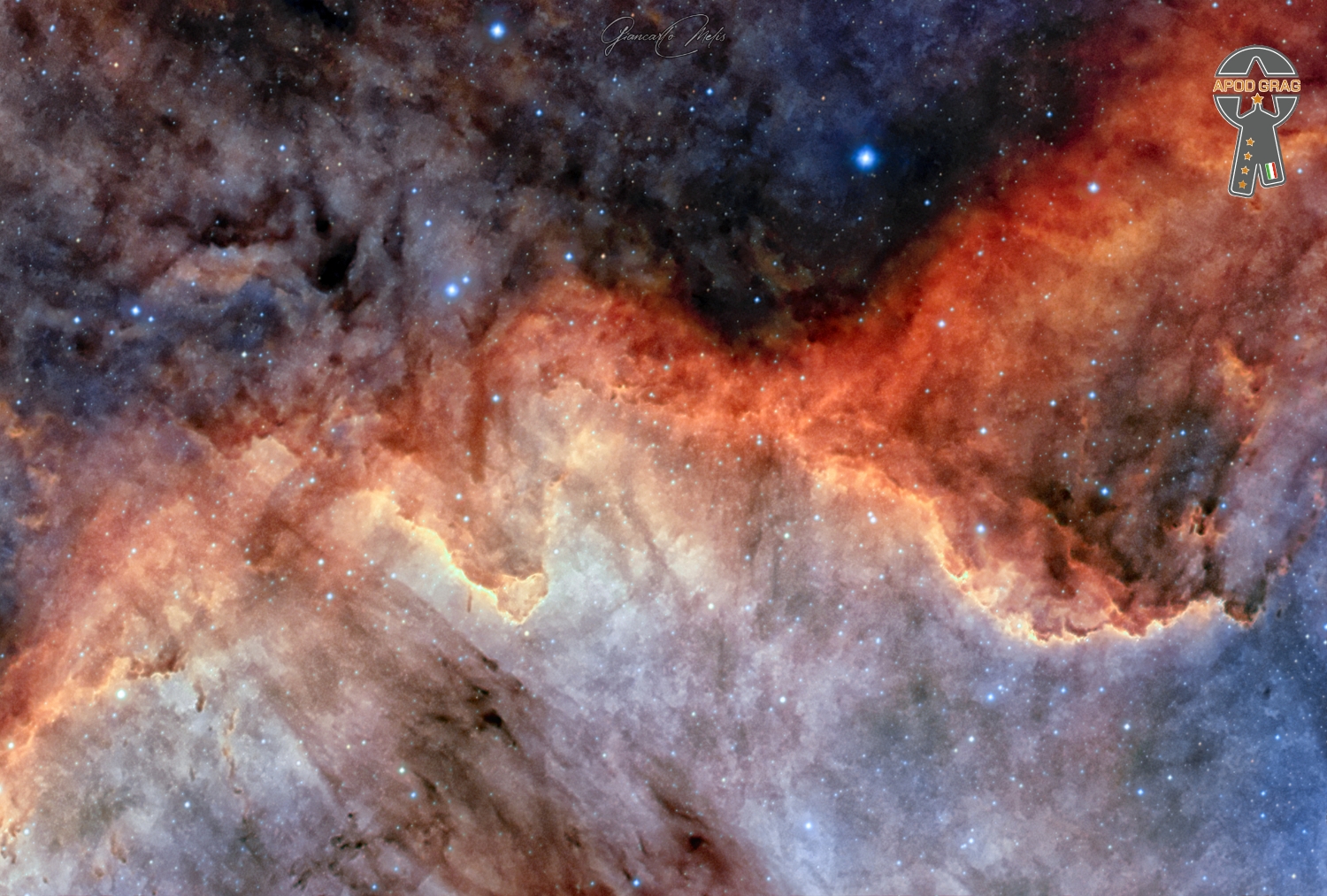