The lonely spiral galaxy UGC 9391 is shown in this image from the NASA/ESA Hubble Space Telescope’s Wide Field Camera 3. This galaxy resides 130 million light-years from Earth in the constellation Draco near the north celestial pole. The star-studded spiral arms stand in splendid isolation against a backdrop of distant galaxies, which are only visible as indistinct swirls or smudges thanks to their vast distances from Earth. The image also features some much brighter foreground stars closer to home. These bright nearby stars are ringed with diffraction spikes — prominent spikes caused by light interacting with the inner workings of Hubble’s complicated optics.  This image is from a set of Hubble observations which astronomers used to construct the “Cosmic Distance Ladder” — a set of connected measurements allowing the distances to the most distant astronomical objects to be determined. Astronomical distances are only directly measurable for relatively nearby objects — closer than 3000 light-years or so. For distances beyond this, astronomers rely on a set of measured correlations calibrated against nearby objects. UGC 9391 helped astronomers improve their distance estimates by providing a natural laboratory in which to compare two measuring techniques — supernova explosions and Cepheid variables. Improving the precision of distance measurements helps astronomers quantify how quickly the Universe is expanding — one of Hubble’s key science goals. 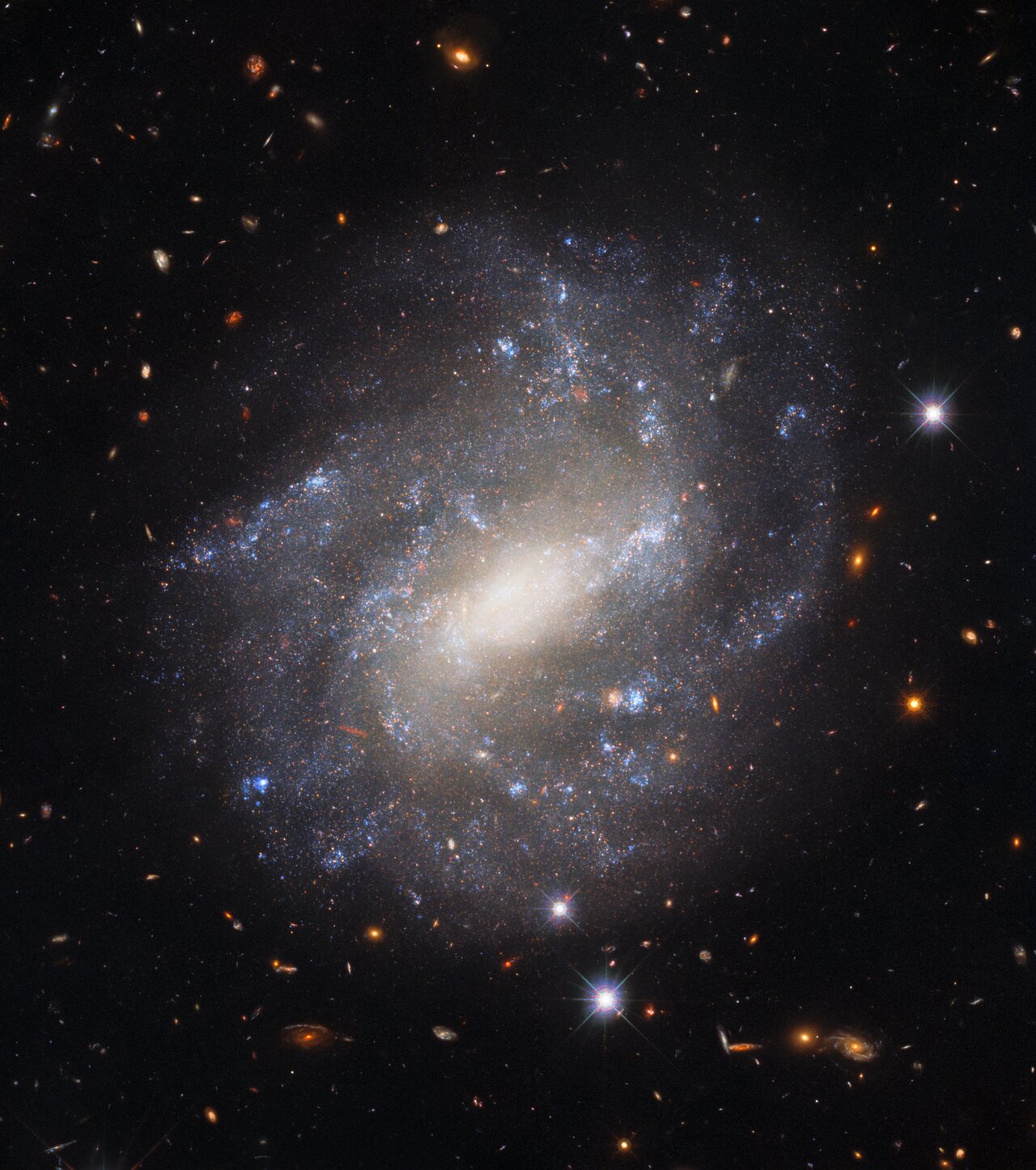