A newly formed star lights up the surrounding cosmic clouds in this image from ESO’s La Silla Observatory in Chile. Dust particles in the vast clouds that surround the star HD 97300 diffuse its light, like a car headlight in enveloping fog, and create the reflection nebula IC 2631. Although HD 97300 is in the spotlight for now, the very dust that makes it so hard to miss heralds the birth of additional, potentially scene-stealing, future stars.

IC 2631 (also known as Ced 112) is a reflection nebula in the southern constellation Chameleon . The nebula was discovered by the astronomer DeLisle Stewart in 1900 during a stay in Peru and later listed by Johan Ludvig Emil Dreyer in his index catalog .

The reflection nebula IC 2631 is 520 light-years from Earth and the brightest part of the chameleon cloud, a molecular cloud that creates star-forming phenomena and hosts low-mass stars. This cloud is of great importance in studying the formation of planets and brown dwarfs . The star responsible for illuminating towards the IC 2631 is the young star HD 97300. He is a T Tauri star with infrared emissions, to the point where he received the initials Ced 112 IRS Has. This star is part of the group Chamaeleon T1, a group of T-Tauri stars, and is physically bound in the Chamaeleon cloud in which it was formed. This cloud, which forms the northernmost portion of the chameleon cloud, is the one that shows the greater star-forming activity embedded in the entire system to which it belongs. 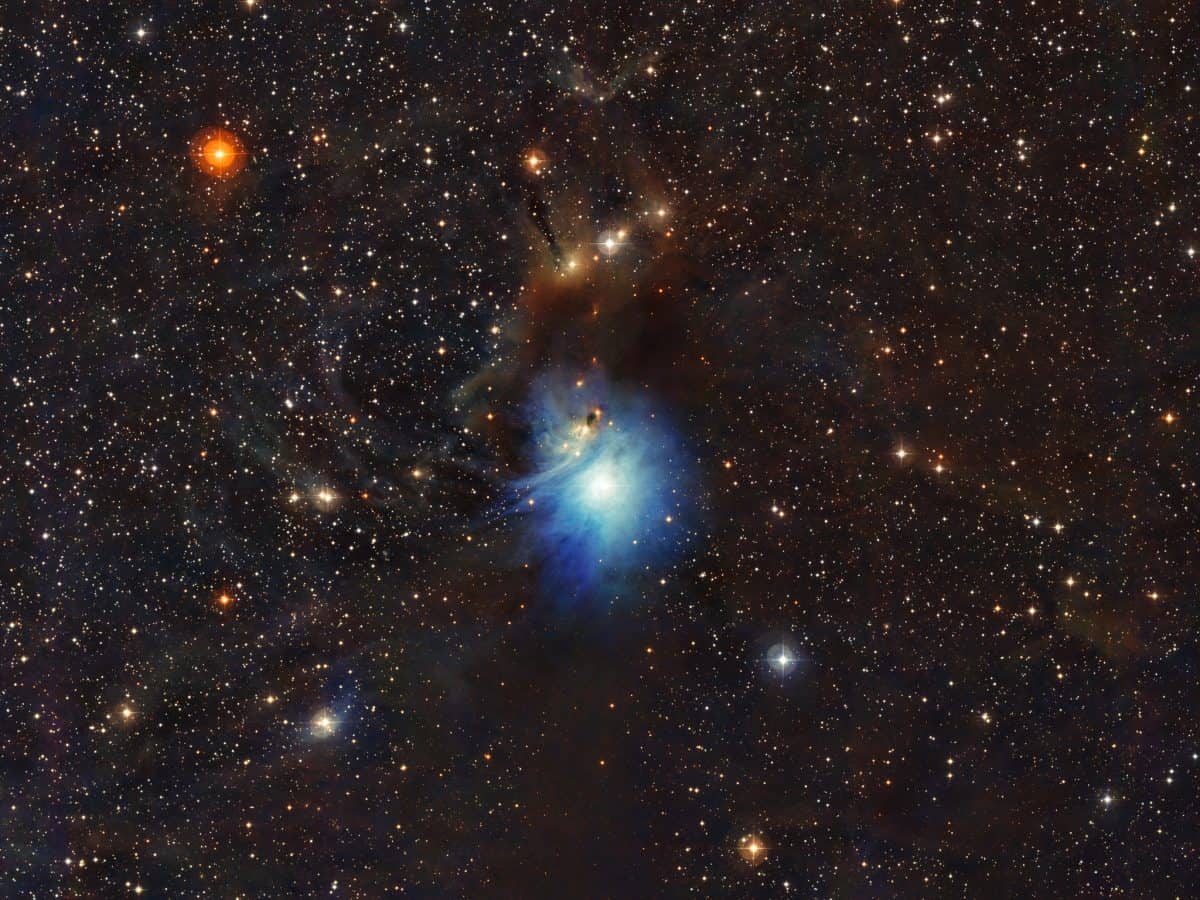