Messier 81 (also known as NGC 3031 or Bode’s Galaxy) is a spiral galaxy about 12 million light-years away, in the constellation Ursa Major. Due to its proximity to Earth, large size, and active galactic nucleus (which harbors a 70 million M supermassive black hole), Messier 81 has been studied extensively by professional astronomers. The galaxy’s large size and relatively high brightness also make it a popular target for amateur astronomers.

Most of the emission at infrared wavelengths originates from interstellar dust. This interstellar dust is found primarily within the galaxy’s spiral arms, and it has been shown to be associated with star formationregions. The general explanation is that the hot, short-lived blue stars that are found within star formation regions are very effective at heating the dust and thus enhancing the infrared dust emission from these regions. 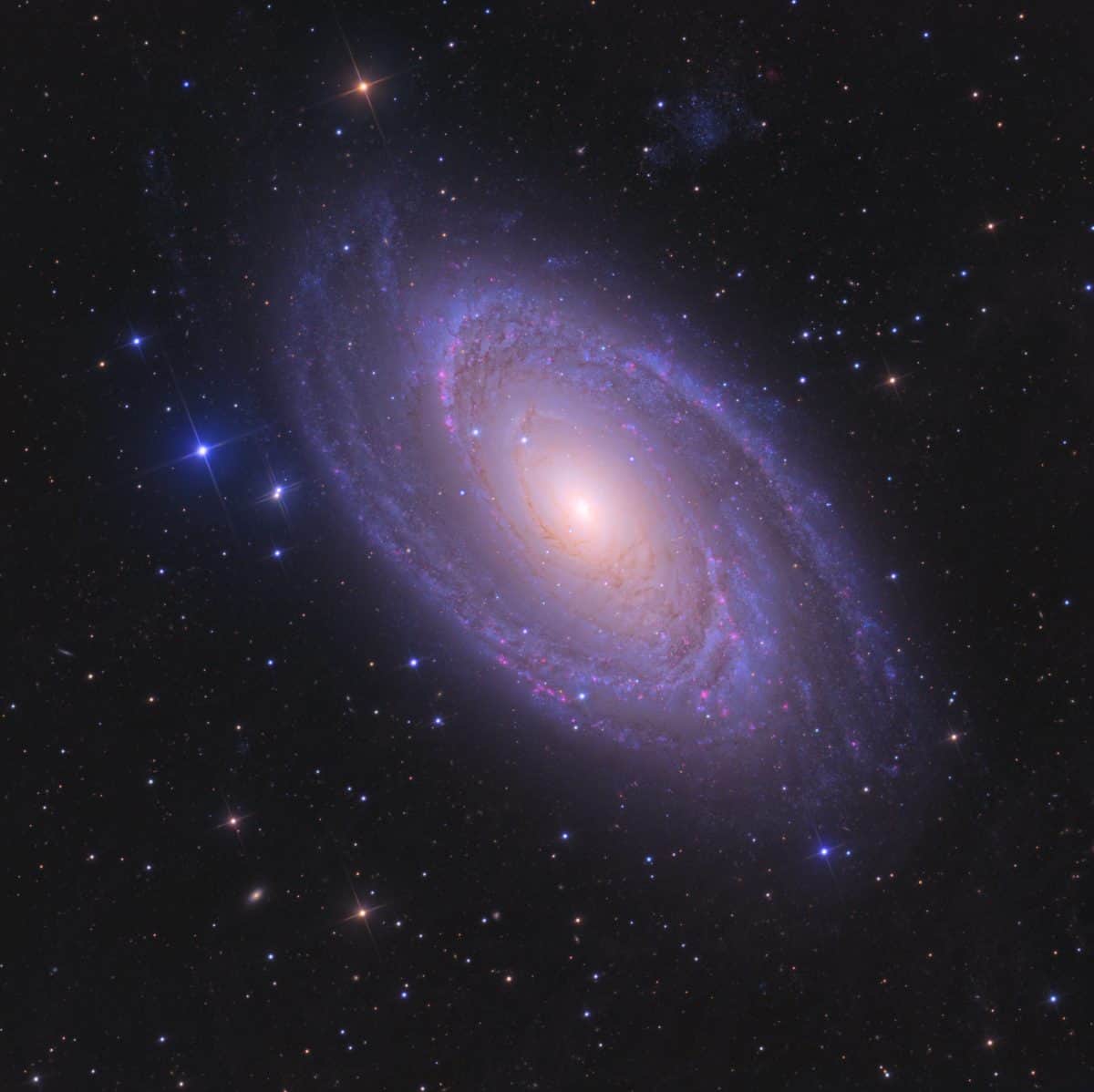