MACS J0416.1-2403 is a galaxy cluster at a redshift of z=0.397 with a mass 160 trillion times the mass of the Sun inside 200 kpc (650 kly). Its mass out to a radius of 950 kpc (3,100 kly) was measured as 1.15 × 1015 solar masses. The system was discovered during the Massive Cluster Survey, MACS. This cluster causes gravitational lensing of distant galaxies producing multiple images. In 2015, the galaxy cluster was announced as gravitationally lensing the most distant galaxy (z = 12).[citation needed] Based on the distribution of the multiple image copies, scientists have been able to deduce and map the distribution of dark matter. 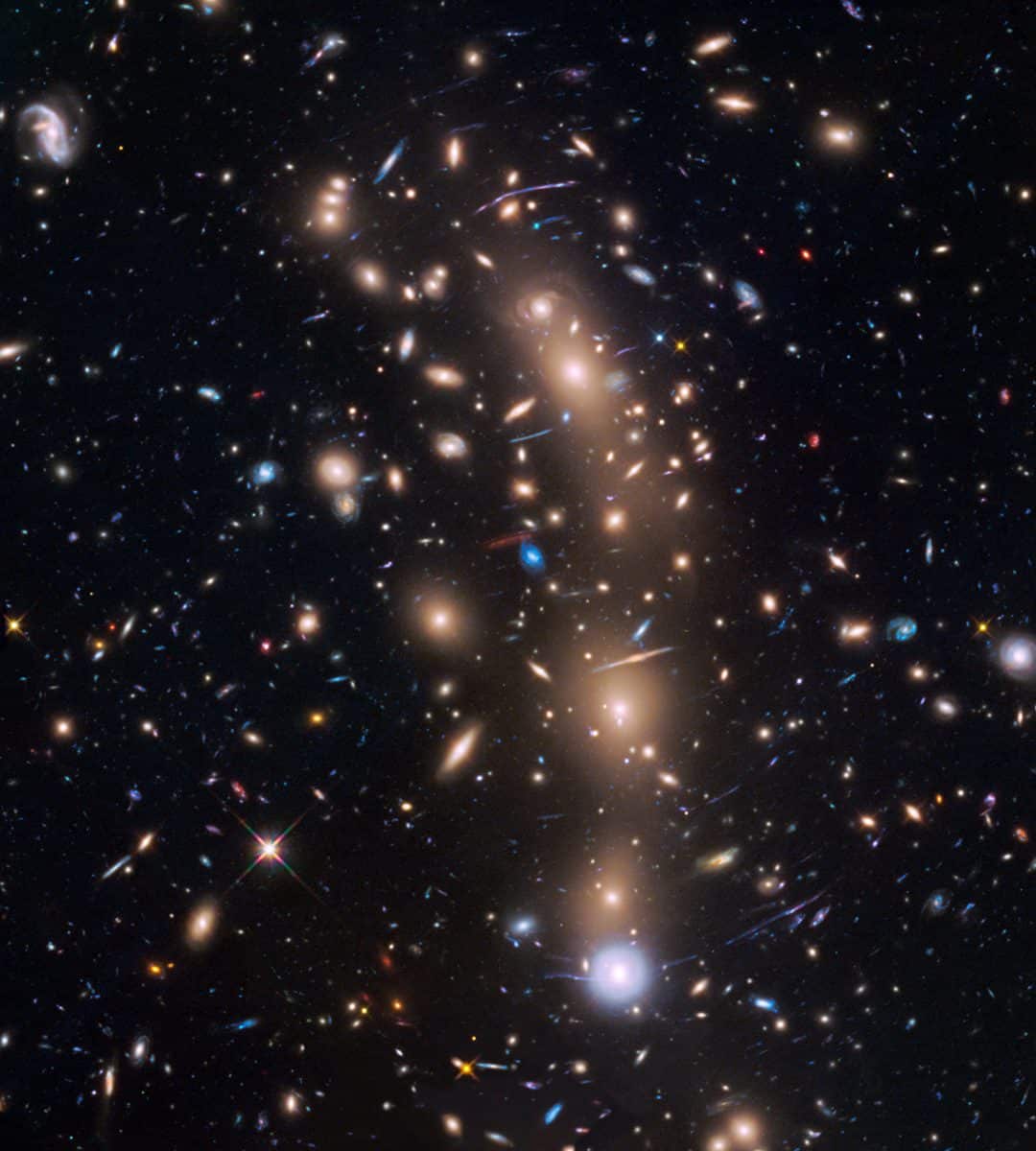