This new image from the Hubble Space Telescope features the barred spiral galaxy NGC 3583. Located some 98 million light-years away from Earth in the constellation Ursa Major, NGC 3583 is about three-quarters the size of our Milky Way galaxy. But while the Milky Way has four distinct spiral arms that wrap around its galactic core, NGC 3583 has two long arms that twist out into the universe. Astronomers have observed two supernova explosions in this galaxy, one in 1975 and then again in 2015. — Hanneke Weitering 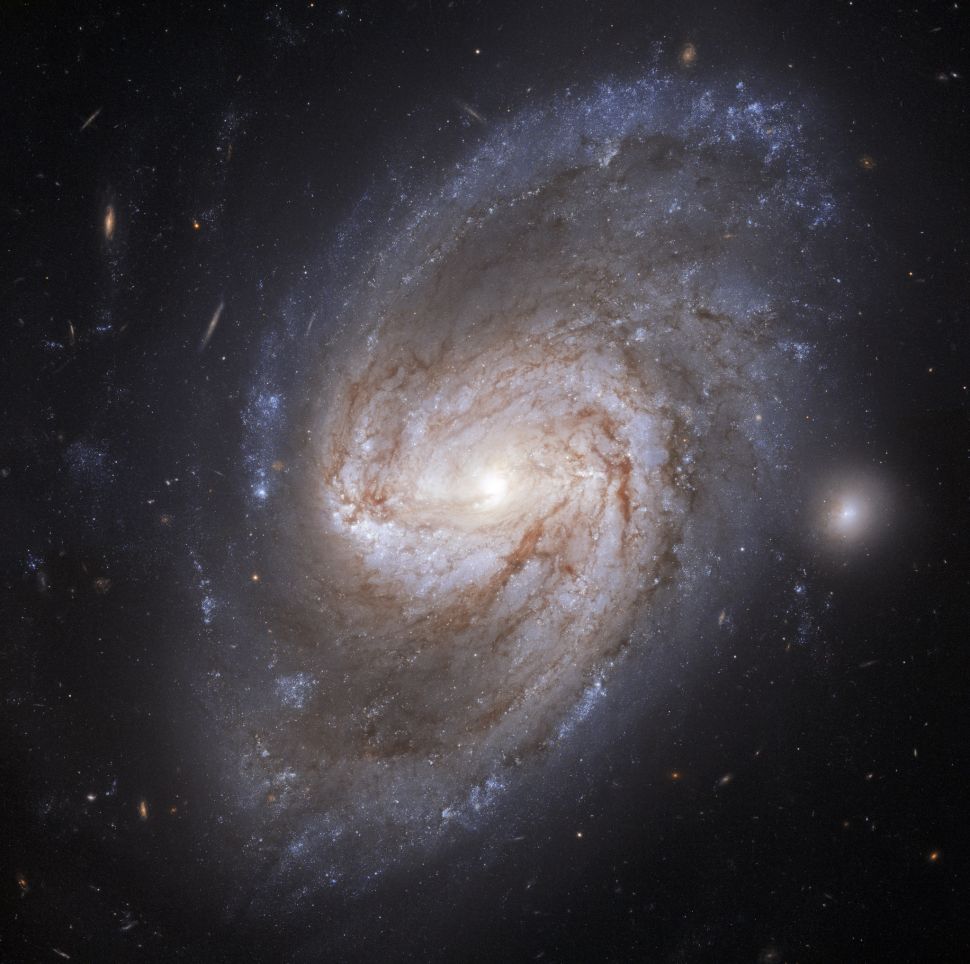