Image of NGC 6872 (left) and companion galaxy IC 4970 (right) locked in a tango as the two galaxies gravitationally interact. The galaxies lie about 200 million light-years away in the direction of the constellation Pavo.

NGC 6872, also known as the Condor Galaxy, is a large barred spiral galaxy of type SB(s)b pec in the constellation Pavo. It is 212 million light-years (65 Mpc) from Earth and is approximately five billion years old. NGC 6872 is interacting with the lenticular galaxy IC 4970, which is less than one twelfth as large. The galaxy has two elongated arms; from tip to tip, NGC 6872 measures 522,000 light-years (160,000 pc), making it one of the largest-known spiral galaxies.  It was discovered on 27 June 1835 by English astronomer John Herschel. 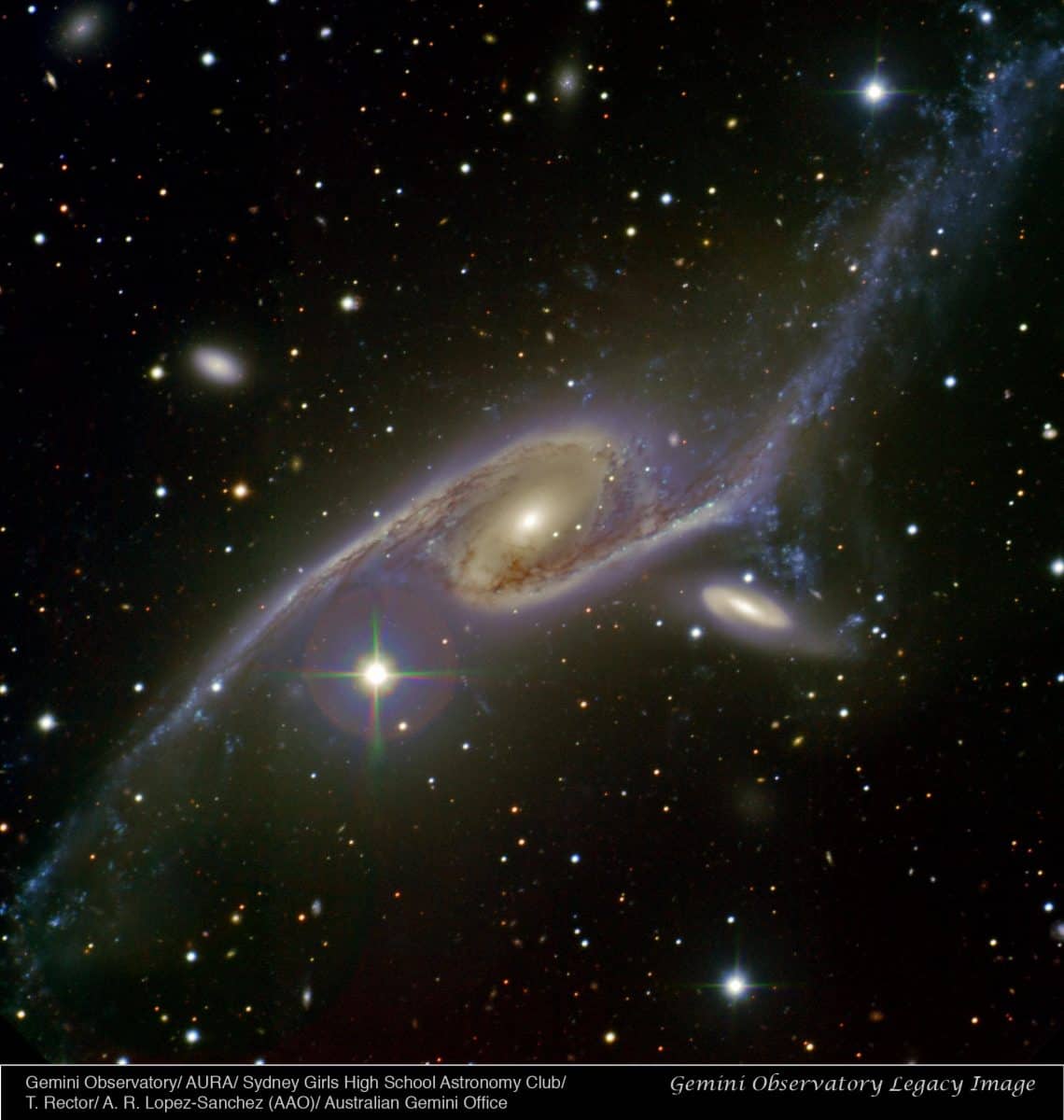